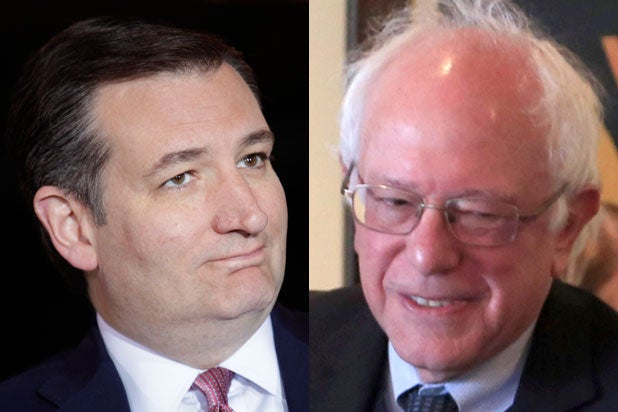 Sen. Bernie Sanders and Sen. Ted Cruz claimed victories on Tuesday in the Wisconsin primary, cutting into the momentum for the frontrunners in their respective parties.

On the Democratic side, Sanders beat Hillary Clinton handily and now heads into the critical April 19 New York primary.

He has now won seven of the last eight states, but Clinton remains on track to win the Democratic nomination unless she continues to get upset. She’s ahead by roughly 230 delegates, or 600 including super delegates.

Turnout in the Badger State is projected to be the highest turnout in a presidential primary since 1980. When all the votes are counted, the GOP has 42 delegates on the line, while the Democrats have 96. Wisconsin awards its pledged delegates on a proportional basis, which ensures neither candidate will net a large delegate haul.

The results are a significant setback for Trump, as many political pundits have predicted Wisconsin might be a turning point in his unlikely outsider bid for the nomination. The billionaire maintains a significant delegate lead over Cruz, but the math is becoming tougher for him to reach the 1,237 needed for nomination.

Also Read: Would a Loss in Wisconsin Be the End for Donald Trump?

“Tonight is a turning point,” Cruz said in his victory speech in Milwaukee.Meanwhile, Trump is not planning to address supporters tonight.

The Democratic win is also big for Sanders after his meeting with he New York Daily News editorial board didn’t go too well when he was looking to secure the paper’s endorsement. The media mocked him for his less-than-substantive answers, after the paper released transcripts of the interview.