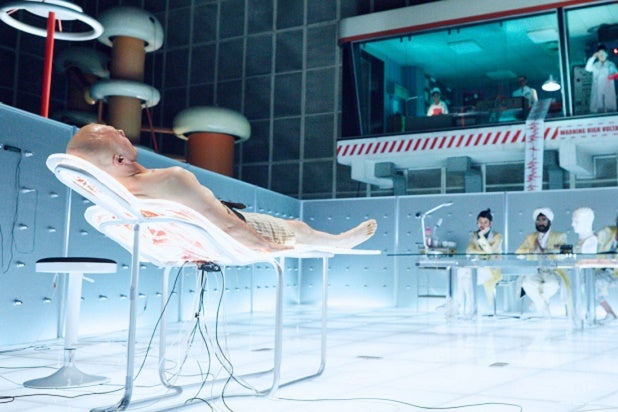 A late summer rollout is planned, with a home video release to follow. Amplify will handle theatrical and digital distribution rights, with Well Go USA releasing the film on DVD and Blu-ray.

The script is by Pat Rushin, and the film is produced by Academy Award winner Nicolas Chartier and Dean Zanuck.

“Zero Theorem” marks the return to the sci-fi genre for Gilliam.

“For all of us at Amplify and Well Go, it’s an absolute dream to have the chance to work with a visionary like Terry,” said Amplify’s Kent Sanderson in a statement. “As someone who wore out a VHS of ‘Brazil’ and saw ’12 Monkeys’ in theaters three times, I can say on the whole team’s behalf that we’re incredibly excited to share his new take on society gone awry with the widest possible audience.”

Gilliam, who also directed “Monty Python and the Holy Grail,” said “The Zero Theorem” was a unique film.

“I’m especially proud of it, so it is a relief to be distributed by a company that is not afraid to push the boundaries,” said Gilliam.

The deal was brokered by Elisabeth Costa de Beauregard Rose of Voltage Pictures on behalf of the filmmakers, Sanderson, Dylan Marchetti, and Logan Mulvey on behalf of Amplify and Doris Pfardrescher on behalf of Well Go USA.