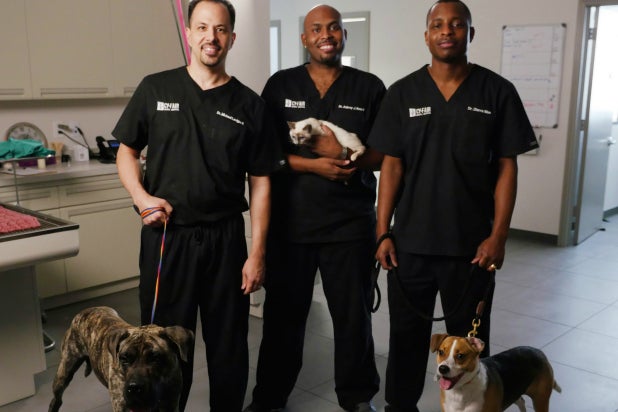 Even veterinary care is bigger in Texas.

Viewers can soon watch Dr. Diarra Blue, Dr. Aubrey Ross and Dr. Michael Lavigne navigate the balancing act of running their animal hospital and rescue while balancing family. Animal Planet told us there will be “equal parts drama and laughter” in the series that captures the doctors’ home life with their spouses, children, parents, in-laws, pets and large group of friends.

The three doctors developed a strong friendship while attending Tuskegee University’s College of Veterinary Medicine and reconvened in Las Vegas where they began their careers and honed their surgery skills. After years of paying their dues, they decided to fulfill their dreams of owning their own practice and set their sights on Dr. Ross’ hometown of Houston. In 2015, Cy-Fair Animal Hospital opened its doors to service the community and their pets,

The veterinarians are dedicated to providing the best care for their patients — both human and animal, the cable channel promised. Dr. Blue’s personality keeps customers smiling and in good spirits while Dr. Ross keeps the clinic running during an often hectic work day. Dr. Lavigne is a skilled surgeon who provides balance.

With a combined experience of over 22 years and a shared love of animals, the three vets thrive to educate the public about the importance of preventative medicine in order to extend the longevity of the human animal bond.