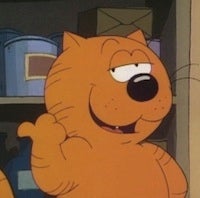 Magic Lantern Entertainment has secured $10 million to create up to 20 films over the next three to five years, beginning with "Bad Kitty," an animated comedy/adventure based on the feline character Heathcliff.

“Our primary criteria will be that all of the films in our slate are ‘pre-sold’ in the market – a remake, sequel, adaptation of a book, comic book, graphic novel, musical play, video game, toy property, whatever,” Segal said. “The pre-sold quality of our titles mitigates our risk and jump-starts our marketing and promotional campaigns in support of each release.”

“Bad Kitty” is in pre-production with a target release in 2011.