In advance of its premiere at the Austin Film Festival, Romark Entertainment, Resolute Productions and Dark Factory Entertainment have unveiled the first trailer for director Carlos Rincones’ indie movie “The Bad Guys,” which debuts exclusively on TheWrap.

During a fleeting return trip to his childhood home, a budding filmmaker (Stocklin) is confronted by the now-grown ensemble of his old hometown friends — none of whom are aware that he intends to make his fortune off the shared childhood trauma that splintered them apart all those years ago. During an alcohol-fueled weekend of reminiscence and regret, the eccentric 20-somethings open old wounds, make new mistakes, and realize that the consequences of youth can follow you into adulthood.

Rincones co-wrote the script with Rock Shaink and Alena Smith, whose play of the same name served as the basis for the movie. Shaink and Rincones also produced “The Bad Guys” with Isaac Levy, Daniel Posada and Rodolfo Marquez, while Alex Garcia, Porter Farrell and Smith executive produced the film.

“The Bad Guys” serves as Rincones’ first English-language film, following his Mexican hit “Malaventura” in 2014. It is also his second film as a producer to premiere at the Austin Film Festival, following the 2013 release of “blacktino.” Rincones will next direct a feature titled “One Good Day,” written by Oscar-winning screenwriter Marc Norman (“Shakespeare In Love”).

Shaink previously wrote and executive produced “Reversal (aka: Bound to Vengeance),” which premiered at the 2015 Sundance Film Festival before being purchased by IFC and released this summer.

Romark is currently producing “Matriarch” with Doug Wick for Paramount, “Tranquility Base” with Ridley Scott for Fox, “A Boy and His Tiger” with Roy Lee for Warner Bros. as well as the TV series “Paradox” with Tim Kring and “Winter” with Eclipse TV.

“The Bad Guys” is the first project from Resolute Productions and producer Isaac Levy, who’s an Austin native. 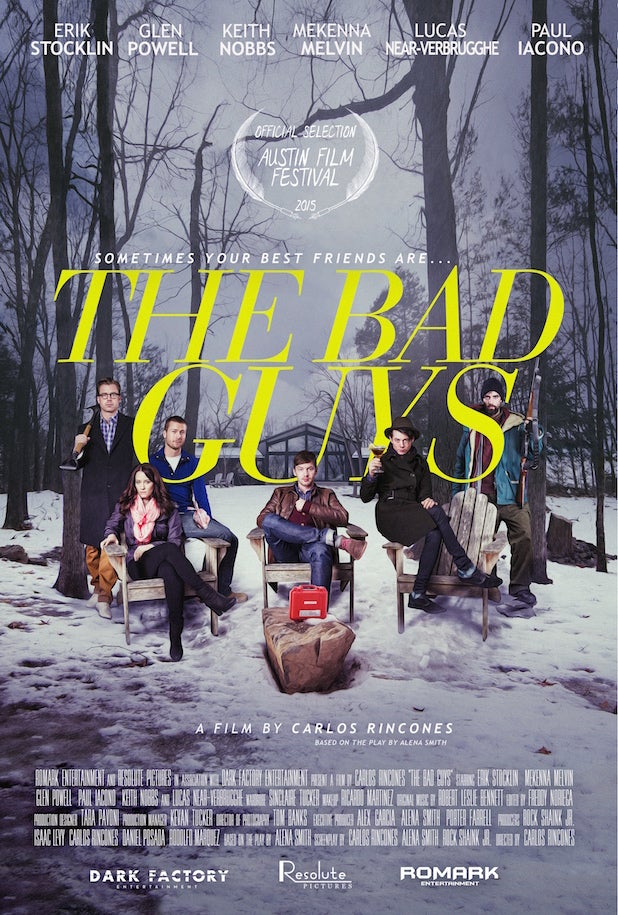