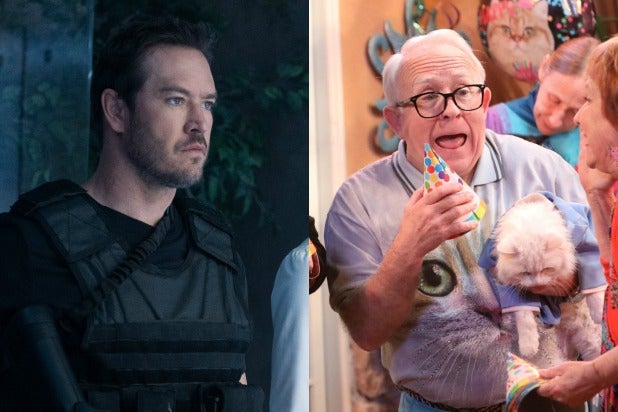 Fox has canceled first-year shows “The Cool Kids” and “The Passage.”

Those two cuts follow cancellations for “The Gifted” and “Rel.” “Gotham” has also come to a conclusion, though that one was planned ahead of time.

Also Read: 'Grey's Anatomy,' 'How to Get Away With Murder' and 'Station 19' Renewed at ABC

Their official descriptions are below.

NEXT
A propulsive, fact-based thriller about the emergence of a deadly, rogue artificial intelligence that combines pulse-pounding action with a layered examination of how technology is invading our lives and transforming us in ways we don’t yet understand. A Silicon Valley pioneer discovers that one of his own creations – a powerful A.I. – might spell global catastrophe, and teams up with a cybercrime agent to fight a villain unlike anything we’ve ever seen – one whose greatest weapon against us is ourselves.
Cast: John Slattery, Fernanda Andrade, Michael Mosley, Jason Butler Harner, Eve Harlowe, Aaron Moten, Gerardo Celasco, Elizabeth Cappucino, Evan Whitten
Writer(s): Manny Coto
Producer(s): Manny Coto, Charlie Gogolak, John Requa, Glenn Ficarra
Director(s): John Requa, Glenn Ficarra
Studio(s): 20th Century Fox Television/Zaftig Films, FOX Entertainment

UNTITLED ANNIE WEISMAN AND JASON KATIMS DRAMA
A story of an unusual family formed through extreme odds, exploring such hot-button issues as identity, human connection and what it truly means to be a family. An only child finds her life turned upside down when her father reveals that, over the course of his prize-winning career as a pioneering fertility doctor, he used his own sperm to conceive upwards of a hundred children, including two new sisters. As these three young women slowly embrace their new reality, they will attempt to form an untraditional bond as sisters, even as they must welcome a tidal wave of new siblings into their rapidly expanding family. Based on the original Endemol Shine Australia series, “Sisters,” from Jonathan Gavin and Imogen Banks.
Cast: Brittany Snow, Megalyn Echikunwoke, Emily Osment, Mustafa Elzein, Mo McRae, Victoria Cartagena, Timothy Hutton
Writer(s): Annie Weisman
Producer(s): Annie Weisman, Jason Katims, Jeni Mulein, Imogen Banks, Sharon Levy, Lesyle Headland
Director(s): Leslye Headland (pilot)
Studio(s): Universal Television in association with Endemol Shine North America, FOX Entertainment

Also Read: Ratings: Premiere for Fox's 'Paradise Hotel' Revival Is Anything But Idyllic