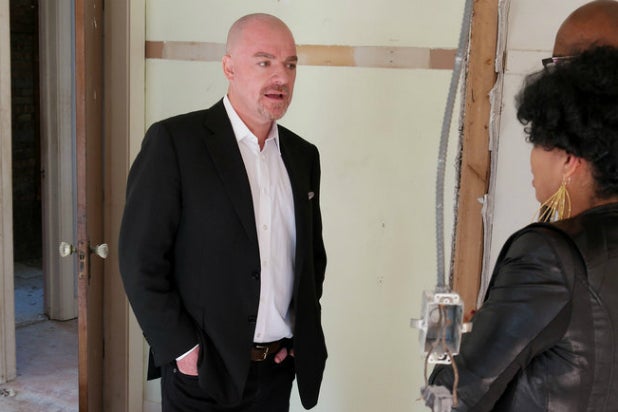 On Wednesday’s “The Deed: Chicago,” star Sean Conlon lends another couple several hundred-thousand dollars at an interest rate of 15%. For the privilege, the CNBC primetime episode’s subjects also coughed up 30% of their profit to the real-estate mogul — but they gain one hell of a house-flipping partner.

Those pricey-looking terms are the same as last week’s season premiere (but they are not the same in all episodes). They’re also a bargain, Conlon told TheWrap.

“That 15% figures in a lot of things going wrong,” he said of tonight’s loan, which goes to up-and-coming flipper and ex-con Marcello. “It’s actually not that expensive.”

Also Read: CNBC's Rick Santelli Says 'Global and Domestic Economies' Would Be 'Better Off' If Everyone Got Coronavirus (Video)

“[Marcello] got a cheaper rate than he would have if he walked into the office,” Conlon said, referring to that 15% number as “the benefit of being on television.”

“I’ve borrowed a lot of money over my lifetime. I would have liked someone like me to lend money at that rate,” he said. “If you get out quickly, it’s great money.”

These days, for a traditional 30-year mortgage, interest rates are as low as mid-3%. Of course, that is a very different kind of loan than flips typically qualify for. For a renovation loan, especially one not tied to a primary residence, borrowers are looking at a low-end around mid-4% ranging all the way up to 12%, Anthony Muscarella, the Wall, New Jersey, branch manager for Advisors Mortgage Group, told TheWrap for this story.

“Can you get a cheaper rate through a [traditional lender]? Hell yeah, you can,” Conlon told us. “But when things get tricky will the bank really be practical and pragmatic and work with you? Probably not, they just don’t do that.”

Also Read: 'The Deed' Host Sidney Torres Reveals 'The Worst Thing You Can Do' as a First-Time House Flipper

Plus, Conlon’s (TV) borrowers are “not filling out 100 pages” of paperwork, as he put it. But the real value is the Conlon & Co. founder himself, who not only mentors the show’s novices but says he stands behind them when times get tough.

A favorite saying of Conlon’s sums up his (again, TV-) lending philosophy: “A bank is the guy who will give you an umbrella, and ask for it back when it begins to rain.”

When it rains in the Windy City, you better have a damn strong umbrella.