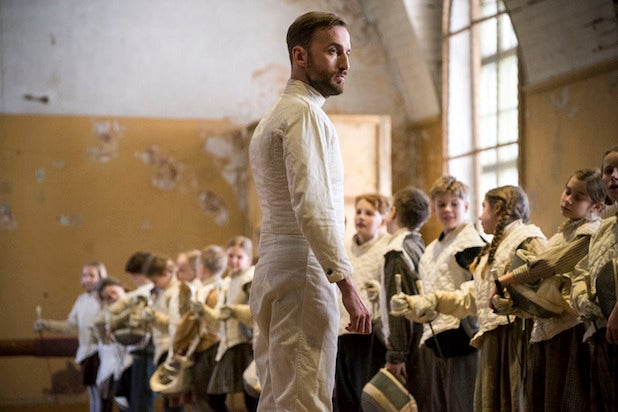 The Finnish Oscar entry “The Fencer” and the Australian road movie “Last Cab to Darwin” will serve as opening and closing night films at the 2016 Palm Springs International Film Festival, PSIFF organizers announced on Thursday.

In addition, the festival announced screenings and conversations with Lily Tomlin and “Amy” director Asif Kapadia, as well as special screenings of films that include “The Revenant” and “The Brand New Testament.”

The Palm Springs Film festival will kick off on Friday, Jan. 1 with “The Fencer,” director Klaus Härö’s crowd-pleasing drama about a real-life Estonian fencer who was drafted into the occupying German army during World War II and then persecuted by the Soviets after the war.

It will close with the U.S. premiere of Jeremy Sims’ “Last Cab to Darwin,” starring Michael Caton and Jackie Weaver in the story of a man who embarks on a drive through the Australian outback after learning he will die soon.

The Special Presentations section will consist of screenings of the blackly comic Belgian Oscar entry “The Brand New Testament” and Alejandro G. Inarritu’s “The Revenant,” starring Leonardo DiCaprio, as well as the U.S. premiere of Gavin Hood‘s “Eye in the Sky,” a thriller about drone warfare starring Helen Mirren and Alan Rickman.

PSIFF also announced a Dinner & a Movie program, which will consist of a screening of “Cooking Up a Tribute,” a documentary about restaurateurs Josep, Jordi and Joan Roca, followed by a dinner at Mr. Lyons restaurant.

The Palm Springs International Film Festival will take place from Jan. 1 through Jan. 11 in the desert resort town east of Los Angeles. Its annual fundraising awards gala will take place on Jan. 2.