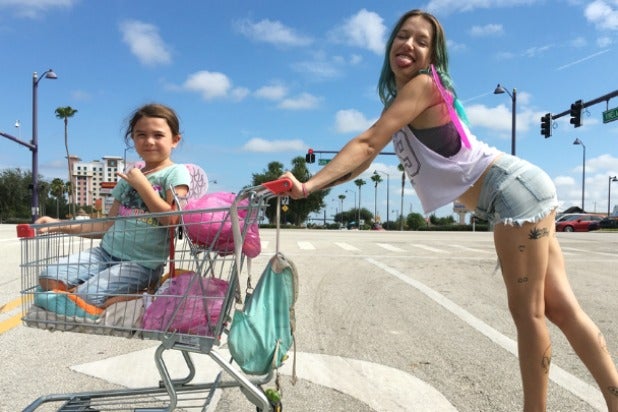 Sean Baker’s “The Florida Project,” Joshua Z. Weinstein’s “Menashe” and Chloe Zhao’s “The Rider” are nominated for the Cinema Eye Honors Heterodox Award, which goes to films that blur the line between narrative fiction and documentary filmmaking.

Guido Hendrikx’s “Stranger in Paradise” and Pawel Lozinski’s “You Have No Idea How Much I Love You” were also nominated for the award. Previous winners include “Boyhood,” “Taxi,” “Beginners,” “All These Sleepless Nights” and “Post Tenebras Lux,” among others.

At the same time, the Cinema Eye Honors, which were established in 2007 to honor all facets of non-fiction filmmaking, announced that the 2018 Cinema Eye Legacy Award will go to Leon Gast’s Oscar-winning 1996 film “When We Were Kings,” a look at the 1974 heavyweight championship boxing match between Muhammad Ali and George Foreman.

The Legacy Award, which goes to a documentary classic with lasting influence, will be presented at the annual Cinema Eye Honors lunch on Jan. 10 in New York City. “When We Were Kings” will be shown that evening, followed by a Q&A with Gast, at the Museum of the Moving Image in Queens.

“At a time when sports, race and political protest are swirling together in the news, it is the perfect moment to honor Leon Gast’s brilliant documentary about one of the greatest figures in sports history, a man unafraid to speak out on race, war or politics, Muhammad Ali,” said filmmaker and Cinema Eye co-chair Marshall Curry.

The Heterodox Award winner will also be announced at the lunch on Jan. 10, with other Cinema Eye Honors winners revealed at an awards ceremony the following night.

With his Heterodox Award nomination for “The Florida Project,” Sean Baker becomes the first filmmaker to be nominated twice for that award. He was previously nominated for “Tangerine” two years ago.

The rest of the Cinema Eye Honors nominations were previously announced and are available here.