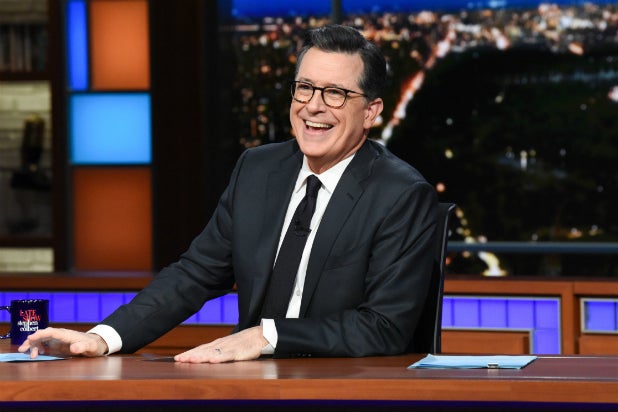 “The Late Show With Stephen Colbert” has promoted Ariel Dumas to head writer alongside Jay Katsir, the CBS late-night show announced on Thursday.

Katsir will take on supervising producer duties in addition to continuing to serve as head writer alongside Dumas. Supervising producer Opus Moreschi is also taking on new responsibilities, such as overseeing long lead projects for the show, while remaining an integral part of the writing staff.

All three are veteran “Late Show” writers who also worked with Colbert on Comedy Central’s “The Colbert Report.”

“I have worked with all three of these incredibly talented people since ‘The Colbert Report,'” Stephen Colbert said in a statement. “I am thrilled that someone as funny and dedicated as Ariel will be my new head writer and that Opus and Jay will continue to be comedic Gibraltars, on which I can lean, and host donors, from whom I can harvest organs.”