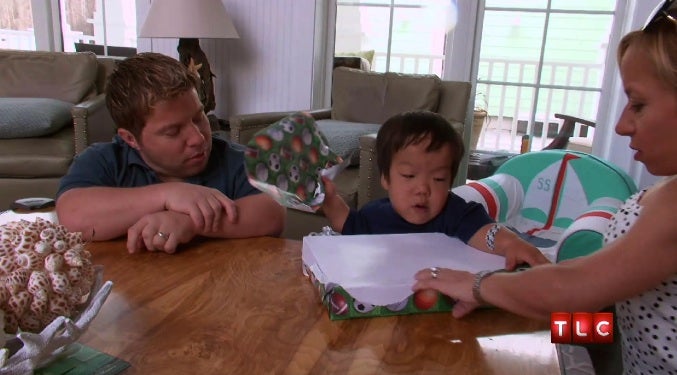 Life has definitely been more joyful for new parents Jen Arnold and Bill Klein on TLC’s “The Little Couple.” But, it has also been challenging.

After a recent series of medical tests, the new parents learn that their new adopted son, Will, certainly has some health problems they have to address. With a game plan on how to go about those in a way that’s best for Will’s development, the couple are feeling empowered.

But, there are days where it weighs heavier than others. Jen’s first Mother’s Day was a challenge for her as she had to work at the hospital, but Bill saved the day with some surprises.

On Tuesday’s episode airing at 10/9c, it’s Jen’s turn to make Bill’s first Father’s Day just as special. But, the day also falls on the same day Will has to go in for medical procedures. So, how do they get around that? Celebrate early, of course.

Watch TheWrap’s exclusive preview below in which Will gives his dad — “Baba” in Mandarin Chinese — a helping hand.