“The Masked Singer” is changing things up for Season 8. The Fox competition series will have a new format, and only one contestant is going to make it through each episode.

As we know, each episode generally features performances from several of the masked celebrities. This season, only one will move on at the end of the episode (as opposed to only one being eliminated in years past).

In order to add a second elimination, an audience voting element is also being introduced. Halfway through the show, the studio audience will vote for their favorite performance so far, and the contestant with the least amount of votes will be sent home. But, they’ll get to stick around to watch the rest of the competition — and even the second unmasking! 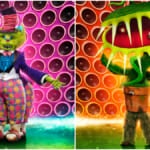 Once the first celebrity has been unmasked, the remaining two performers will face off to the same song. The winner will move on, and the other will join their fellow contestant on the sidelines. The three finalists left standing after each round will compete in the Semi-Finals.

Season 8 features the largest number of contestants in “The Masked Singer” history. The costumes will include Venus Fly Trap and Sir Bug-a-Boo, which TheWrap introduced you to last week.

A sneak peek at the new season, which you can watch above, also introduces us to some of the other masked singers, like a jack o’lantern scarecrow and a dinosaur bride. The clip also features a snippet from a moving rendition of Pink’s “F—in Perfect.” 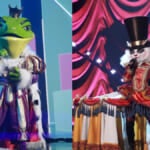 Also Read:
‘The Masked Singer': How The Prince and Ringmaster Used Their Hidden Talents to Make It to the Finals
x