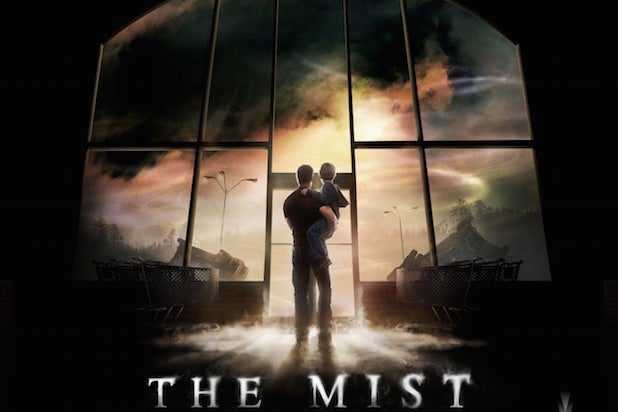 The Viacom cable channel has ordered “The Mist” to series — a TWC-Dimension Television show based on the classic Stephen King novella. “The Mist” tells a harrowing story about a seemingly innocuous mist that seeps into a small town and creates immense havoc.

The adaptation will have 10 one-hour episodes set for a 2017 debut. Spike had ordered a pilot for the now-series in February.

“From the brilliant mind of Stephen King and the incredible production team at TWC-Dimension TV, ‘The Mist’ will take audiences on a thrilling ride through a small town grappling with a mysterious and shocking horror,” said Sharon Levy, executive vice president, Original Series, Spike TV. “Christian [Torpe] and the entire team at TWC-Dimension TV have crafted the framework for a compelling and distinctive series that will resonate with Spike’s expanding audience.”

“We have been fortunate to produce and distribute two of Stephen King‘s films, 1408 and ‘The Mist,’ and are pleased to continue that relationship by making ‘The Mist’ into a TV series,” said Bob Weinstein, co-Chairman, The Weinstein Company. “We’ve had an incredible experience developing the series with Christian, Sharon and her team and are eager to make this series a signature show for Spike.”

Christian Torpe serves as the executive producer. Megan Spanjian will oversee the project for TWC-Dimension TV, along with Matthew Signer and Keith Levine. On the Spike side, Levy, Ted Gold and Lauren Ruggiero have oversight.