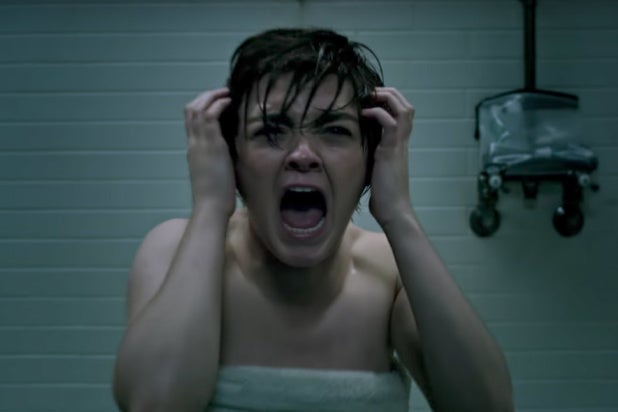 “The New Mutants” is the only film that Disney or Marvel brought to Comic-Con@Home, but the long-delayed final entry in Fox’s “X-Men” franchise — which was delayed yet again because of the coronavirus pandemic — is sticking with its current Aug. 28 release date. At least for the time being.

The film’s panel opened by noting its numerous canceled release dates, from 2018 to now, ending with a card mentioning that Aug. 28 date, and a note: “Fingers crossed.” So the film is still scheduled for a theatrical release. Many fans speculated that “The New Mutants” was getting a Comic-Con panel to announce a streaming release, but it looks like that turned out to be incorrect.

You can watch the panel on YouTube right here.

Right as the panel was scheduled to begin, Disney announced a major shuffling of its release schedule, with the studio pulling “Mulan” — which was scheduled for Aug. 21 — off the slate completely. But “New Mutants” wasn’t mentioned at all — nor were any other Marvel films.

Though Disney has shifted a few films planned for theatrical release to its Disney+ streaming service, like “Artemis Fowl,” and other studios have likewise sent some of its family fare to streaming, like Universal’s “Trolls: World Tour” and Warner Bros’ “Scoob!,” few other films have made that leap.

“The New Mutants” was originally scheduled for release more than two years ago, way back in April 2018, but was repeatedly pushed back as the movie was reworked. It was the planned start of a new subfranchise for Fox’s “X-Men” brand, but with the delays, and Disney’s merger with Fox, it’s likely that “The New Mutants” will have to stand on its own as the end of an era in big-budget comic book filmmaking.

Also Read: Hulu in August: Here's Everything Coming and Going

In a departure from most modern Marvel films, “The New Mutants” was built as a horror movie. It tells the story of a quintet of mutants who escape from a secret facility while trying to make sense of their abilities and their pasts.