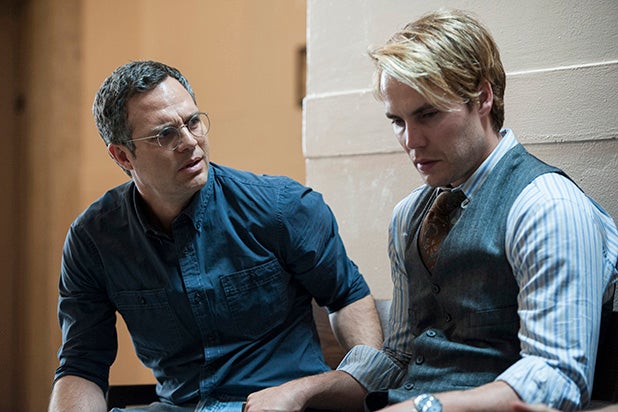 The annual ceremony, which takes place at the Montage Hotel in Beverly Hills on May 27 and will be hosted by Dana Delaney, honors programs that have used the power of television to shift cultural acceptance and influence the hearts and minds of the viewer.

“These winning programs have made such a positive impact on society and everyone involved deserves to be commended on their significant contribution.  These programs have enlightened viewers, prompted discussion, raised social awareness, and are sparking change,” said Television Academy chairman and CEO Bruce Rosenblum.

The Leonardo DiCaprio-produced documentary “Virunga,” ESPN’s “Dream On: Stories of Boston’s Strongest” and the HBO documentary “Paycheck to Paycheck: The Life & Times of Katrina Gilbert” have also been named as honorees.

See the full description of this year’s honorees below.

“Black-ish” “Crime and Punishment” (ABC) — Although Dre (Anthony Anderson) and Rainbow (Tracee Ellis Ross) agreed they would no longer spank their kids, all bets might be off when Jack disobeys. Now, Zoey, Junior, Diane and a nervous Jack are afraid that their parents will go back on their word.  Media controversy over the fine line between punishment and abuse has spotlighted America’s cultural divide between races, regions and religions, and again raises the question, when does discipline become child abuse? This episode offers a comedic look at an American family determined to resolve their issues with disciplining their children. (Produced by ABC Studios)

“E:60” “Dream On: Stories of Boston’s Strongest” (ESPN) –  At 2:49 p.m., on April 15, 2013, as scores of spectators cheered on Boston Marathon runners approaching the finish line, two hand-made bombs exploded. In a split second, the lives of hundreds of people were forever changed. One year later, ESPN’s investigative newsmagazine presents a special program remembering the lives lost and pays tribute to those who survived, their journeys of perseverance, courage, strength and love in the past twelve months.  (Produced by ESPN)

“The Normal Heart” (HBO) – The award-winning TV movie tells the story of the onset of the HIV-AIDS crisis in New York City in the early 1980s, taking an unflinching look at the nation’s sexual politics as gay activists and their allies in the medical community fight to expose the truth about the burgeoning epidemic to a city and nation in denial. (Produced by HBO Films in association with Plan B Entertainment, Blumhouse and Ryan Murphy Productions)

“Paycheck to Paycheck:  The Life & Times of Katrina Gilbert” (HBO) – The documentary offers the personal, unvarnished story of Katrina Gilbert, a single mom of three working as a certified nursing assistant in an extended-care facility while striving to look after her family and address her own health-care issues. Overworked, underpaid, uninsured and lacking support, she daily chooses between purchasing her own medication and paying for the needs of her three children, and is left struggling to make ends meet. (Produced by HBO Documentary Films in association with The Shriver Report and Mackerel Sky Films)

“Transparent” (Amazon) – When Maura, who has spent her life as Pfefferman family patriarch Mort, reintroduces herself to her family, everyone’s secrets finally start to come out. Her children – meandering Ali, record producer Josh, and sexually conflicted Sarah – start to spin in different directions as they begin to figure out who they are. (Produced by Amazon Studios)

“Virunga” (Netflix) – A powerful combination of investigative journalism and nature documentary, “Virunga” is the incredible true story of a group of courageous people risking their lives to build a better future in a part of Africa the world has forgotten, and a gripping exposé of the realities of life in the Congo. From director Orlando von Einsiedel and executive producer Leonardo DiCaprio. (Produced by Grain Media)