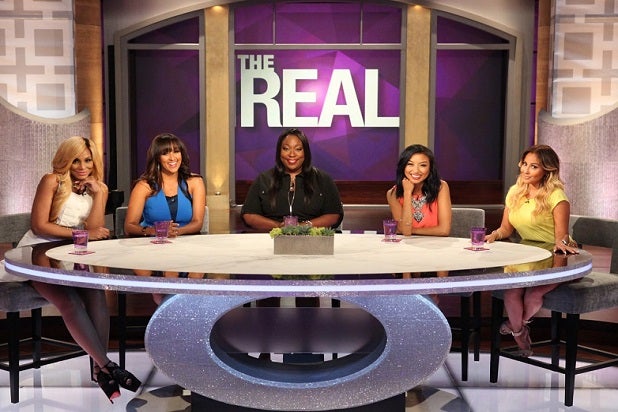 The new syndicated talk show, which stars Tamar Braxton, Tamera Mowry-Housley, Loni Love, Jeannie Mai and Adrienne Bailon, got off to a bumpy ratings start with its Monday premiere, according to preliminary numbers.

The premiere of “The Real” drew a disheartening 0.9 rating/3 share in primary run metered market averages. The premiere numbers put “The Real” 40 percent below its lead-in. The “Real” premiere also slid 10 percent compared to the shows it replaced in its timeslots this year.

“The Real” received a four-week test run on Fox-owned stations in a handful of markets in July 2013.

In other syndicated ratings news, the new series “Hot Bench,” from beloved TV jurist Judge Judy Sheindlin, drew a 0.8 rating/2 share in primary run metered market ratings with its Monday premiere, which was a 14 percent increase over its year-ago time periods.