Romantic comedies were all but killed off by Hollywood more than a decade ago, victims of a budgetary squeeze and real-world attitudes toward love. But they may be coming back — albeit in disguise — laced with raunch or tweaked just enough thematically to make them more marketable in today’s less-idealized world.

“How to Be Single,” a co-production from New Line and MGM starring Dakota Johnson and Rebel Wilson that opens Friday, typifies the modern rom-com, a term some studio executives avoid using today for fear it’s a turn-off to mush-wary males.

Warner Bros. doesn’t shy from calling “How to Be Single” that, but the R-rated story of a young woman ditching her beau to find fun in New York isn’t exactly “Sleepless in Seattle,” “My Big Fat Greek Wedding” or “Pretty Woman,” romantic comedies that were box office hits in the 1990s.

Also Read: Why 'Deadpool's Prostitute Love Interest Is More Heroic and Subversive Than He Is

No one called last year’s Amy Schumer-Bill Hader comedy “Trainwreck” or 2012’s Jennifer Lawrence-Bradley Cooper tale “Silver Linings Playbook” romantic comedies, but they were love stories and at the end of the movie, a couple walked away happily hand-in-hand. Both were more than frothy flirt-fests. For all the laughs, they were unflinching takes on tough issues like commitment and mental illness.

“That moment in ‘Silver Linings’ when Bradley Cooper chases her down the street, and later when the family is all sitting around is very romantic stuff,” Paul Dergarabedian, Rentrak’s senior media analyst, told TheWrap. “But it was delivered in a very realistic way. For me, the films that most genuinely reflect real romance are the ones in which love isn’t necessarily the focus.” 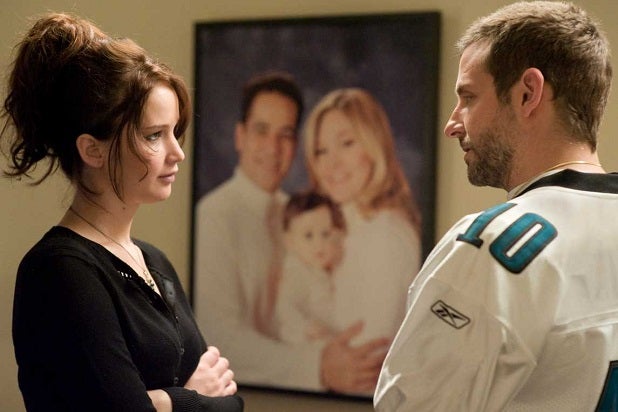 Then there are the films which on the surface seem to be almost anti-rom-coms, like “Bridesmaids,” “The 40-Year-Old Virgin” or “Neighbors.” They all delivered a heavy dose of crude humor before showing their heart, but when they did, as with Seth Rogen and Rose Byrne‘s married couple in “Neighbors,” it resonated.

“They didn’t do it the conventional way, but each of those films portrayed some real bonding and were at least, to a degree, romantic — and they were definitely funny,” said Dergarabedian. “You don’t want to feel like you’re being suckered into buying some schmaltzy take on what love and romance is supposed to be. That’s what turned people off about the genre a few years ago.” 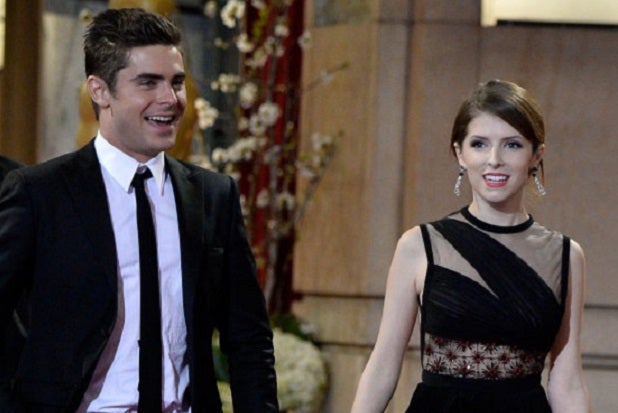 Among this year’s films that aren’t romantic comedies per se, but could strike many of the same chords with moviegoers are Julie Delpy‘s French import “Lolo” on March 11 and “Maggie’s Plan,” starring Greta Gerwig, Ethan Hawke, Julianne Moore and Bill Hader, from Sony Pictures Classics on May 20. Fox will roll out “Mike and Dave Need Wedding Dates” (pictured above) on July 8, a paean to partying that stars Zac Efron, Anna Kendrick, Adam Devine and Aubrey Plaza.

Do they bear any resemblance to, say, the slick and sleight 1967 Doris Day-Richard Harris romp “Caprice”? Not hardly. Will they take on love, mating and friendship between a man and woman and all the laughs (and tears) that come with that? Definitely.

Warner Bros. is hoping “How to Be Single,” which also stars Leslie Mann, Alison Brie, Jason Mantzoukas and Damon Wayans Jr., can thrive as counter-programming to the male-skewing “Deadpool” and “Zoolander 2” over the Valentine’s Day and Presidents Day weekend.

A couple of decades ago, when movies like “My Big Fat Greek Wedding” and “What Women Want” were connecting with the couples crowd at the box office, the guys were providing the counter-programming to the chick-flicks-with-laughs hits. 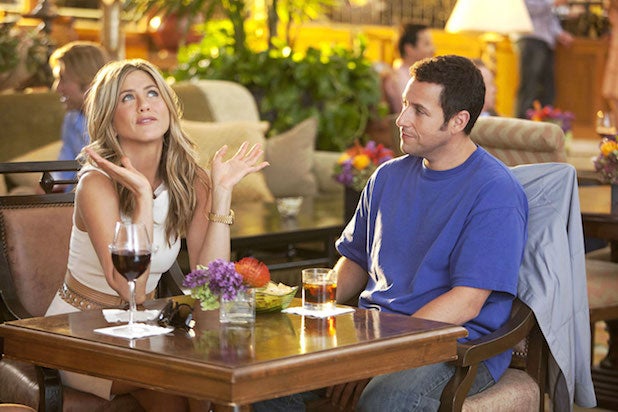 But in the last five years, only two traditionally defined romantic comedies have topped $100 million domestically — “Trainwreck” and the 2011 Adam Sandler-Jennifer Aniston hit “Just Go With It.” All that changed around the turn of the century when, with a few exception, the romantic comedy went the way of the dodo bird in Hollywood.

The studios discovered that making a handful of mega-budgeted movies that could gross hundreds of millions in the U.S. and abroad and enabled rich corporate tie-ins and sponsorship deals was a less risky financial strategy than making twice as many mid-range movies, which had lower profit margins and far less potential for high-end returns.

Smaller, intimate films still continued to be made by the studios or financed for indie film companies because it was easier to plot a course for profitability on a $10 million movie or a $100 million movie than it was for a $50 million film.

There are other factors that contributed to rom-coms falling from favor.

Studio marketers today go to great lengths to draw “four-quadrant” audiences — young and old men, young and older women — to their biggest films. Disney’s casting and the campaign behind “Star Wars: The Force Awakens,” for example, was designed to attract more women than previous films in the franchise, and it worked. As a result, the concept of a “date movie” has evolved, and this weekend, “Deadpool” could well prove as hot a ticket for couples on Saturday night as “How To Be Single.”

Other factors working against the rom-com are practicality, the difficulty of adjusting late in the production process and the importance it puts on chemistry between the leads.

“If you make an action movie and it doesn’t have punch, you can add another set piece,” said one studio executive. “If you have a comedy that doesn’t click, you can add more jokes. But if you have a romantic comedy and there’s no chemistry between your stars, there’s not much you can do.”

Whether today’s film takes on modern love qualify as romantic comedies may have more to do with semantics than moviemaking. But with Valentine’s Day weekend upon us, both men and women should keep one fact in mind.

“Love means going with your mate to a movie you really don’t want to see,” Dergarabedian said.