Following the tragic shooting on the set of Alec Baldwin indie film “Rust,” ABC’s “The Rookie” will no longer use “live” weapons on the show, showrunner Alexi Hawley told his crew on Friday in an email obtained by TheWrap.

Instead, “The Rookie” will use only Air Soft guns, adding muzzle flashes in post production via computer graphics.

“Any risk is too much risk,” Hawley wrote in the email, which was first published by THR.

Also Read:
What We Still Don’t Know About the Deadly Shooting on the Set of Alec Baldwin’s ‘Rust’

“The tragic events in New Mexico yesterday have shaken us all, and our hearts go out to the friends and family of Halyna Hutchins and Joel Souza,” Hawley wrote.

“As always, if you ever feel unsafe or witness anything that concerns you, please don’t hesitate to report it,” he ended the memo. “My door is always open.”

Cinematographer Halyna Hutchins was killed Thursday when Baldwin, who is also a producer on the independent movie, discharged a prop gun on the New Mexico set of his indie Western film “Rust.” 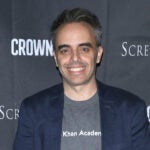 Hutchins was shot around 1:50 p.m. Thursday local time and was airlifted to University of New Mexico Hospital in Albuquerque were she died of her injury. The prop-gun shot fired by Baldwin also injured director Joel Souza, who was released from the hospital on Friday.

The investigation into the fatal incident on the set of “Rust” is ongoing, the sheriff’s department said; no charges have been filed.

Read Hawley’s note to staff below. 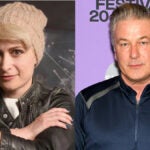 The tragic events in New Mexico yesterday have shaken us all, and our hearts go out to the friends and family of Halyna Hutchins and Joel Souza.

As of today, it is now policy on The Rookie that all gunfire on set will be Air Soft guns with CG muzzle flashes added in post. There will be no more “live” weapons on the show. The safety our cast and crew is too important. Any risk is too much risk.

As always, if you ever feel unsafe or witness anything that concerns you, please don’t hesitate to report it.

My door is always open. 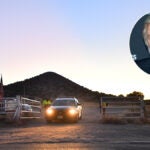 “The Rookie” stars Nathan Fillion as John Nolan who, after a life-altering incident, pursues his dream of joining the LAPD. As their oldest rookie, Nolan is met with skepticism from those who see him as just a walking midlife crisis.

Hawley has been Fillion’s executive producer for a while now: The two previously worked together on ABC drama “Castle.”