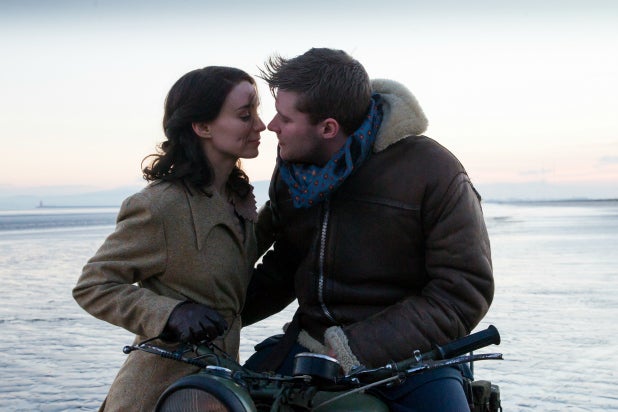 For most of its running time, there’s nothing especially wrong with “The Secret Scripture,” the latest film from acclaimed British director Jim Sheridan. There’s just nothing particularly right about it, either.

Disjointed and disinterested in entertaining any and all prospective viewers, the overlong slab of melodrama is one of the most vanilla experiences at the movies in quite some time. It’s some kind of feat that Sheridan’s return to cinema (his last film was 2011’s “Dream House”) manages to redefine what it means to be relentlessly bland.

It opens on Roseanne McNulty (Vanessa Redgrave) and the discovery of her long-hidden diary. Now older and on her own, Roseanne is faced with a harsh reality: she’s being evicted from the psych facility she calls home. It’s unclear whether this place sporadically doubles as an elderly home. “The Secret Scripture” is not one for laboring over details.

Before being cruelly shipped out, Roseanne recounts her youth to doctor William Grene (Eric Bana), who has taken a special interest in her lurid case, the murder of her newborn child. Roseanne was “convicted” — her case didn’t go through much of a judicial system — despite pleading innocence.

Decades later, William believes there may be something to her stories, which she religiously reads aloud from her diaries. Those titular secret scriptures are then used as portal into her checkered past, recreated in alternately lovely and stuffy flashbacks.

Rooney Mara plays the younger Roseanne, fiercely independent in a time when women could hardly vote, let alone talk back to a man. As per usual, Mara owns every scene she’s in. Few modern actresses can control the cadence of a moment like Mara; she exudes minimal energy and eschews histrionics. It’s all in her facial expressions and intonations. One closeup by Sheridan on Mara can reveal all you need to know about her character. She’s confused, conflicted, and bit lonely until she meets — and inevitably falls for — Michael (Jack Reynor, “Sing Street”), a local blue-collar worker who doesn’t quite please Roseanne’s bourgeois aunt.

The usual enervating comments on archaic class struggles are portrayed here. Rich people feeling superior to those below them? Check. A snooty family member frowning upon the burgeoning love of two young people? Check. Rampant tribalism unconcerned with the economic disparity within their own town? Check.

Adapting Sebastian Barry’s novel while working with the late screenwriter Johnny Ferguson (“Gangster No. 1”), Sheridan is doing what he can with the subject material to which he’s hitched himself. But you can’t help but feel Sheridan took on this project as a last-minute assignment, the sort of gig that would allow him to pass the time, make a little money, and move on. The whole venture is exhausting to watch because of how little happens and, in turn, how little everyone involved appears to care about what’s on screen.

Toggling back and forth from past to present takes dexterity; it takes tact to seamlessly entwine what has happened with what is happening. Here, however, the deep dives into the past invariably ruin the flow of the movie.

As Grene learns more about Roseanne through these journal entries, his empathy grows. That same empathy is a bit harder for to extend on our end, though, which is a new issue for Sheridan to face. “In the Name of the Father” and “In America” were triumphs in pathos, films that ebbed and flowed organically and emotionally swept anyone with a pulse off their feet. “The Secret Scripture” is roughly the antithesis of his past work, settling for mediocrity, then devolving into something even more insidious.

Most of the frustration arrives with the show-stopping finale Sheridan and crew drop on us. The ending of this movie is monumentally, historically, even catastophically bad. Its big reveal is so mind-numbingly asinine that it nearly retroactively erases any intelligence you may have had before watching this movie. Yes, it’s that agonizing.

There’s an alternative cut of this movie that exclusively features scenes from Rooney Mara‘s character. Now that might be a film worth seeing. “The Secret Scripture”? Not so much.