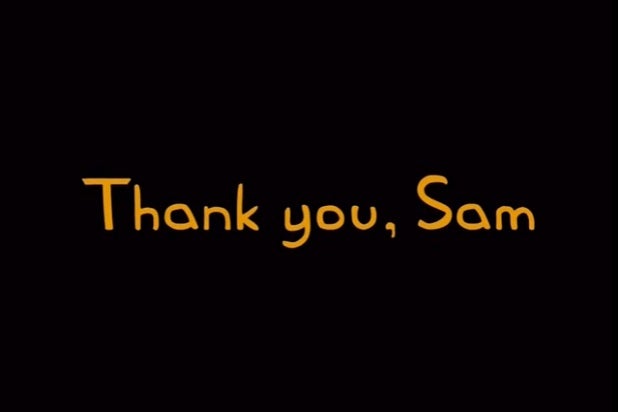 The end of the episode featured a video of Simon discussing the joy of creating, while unfettered by outside influences.

“I see it as kind of a triumph of doing your work from that very pure place of just doing stuff that you personally enjoy,” Simon noted.

The screen then displayed the message, “One of the greatest comic minds ever,” followed by, “Thank you, Sam.”

Simon died following a battle with colon cancer, it was announced on March 9. He was 59.

Simon, who was diagnosed in 2012, dedicated his $100 million fortune to a variety of charities, primarily his own Sam Simon Foundation, which trains service dogs for the hearing impaired and veterans suffering from post-traumatic stress disorder.

Watch “The Simpsons” honor Simon in the video.