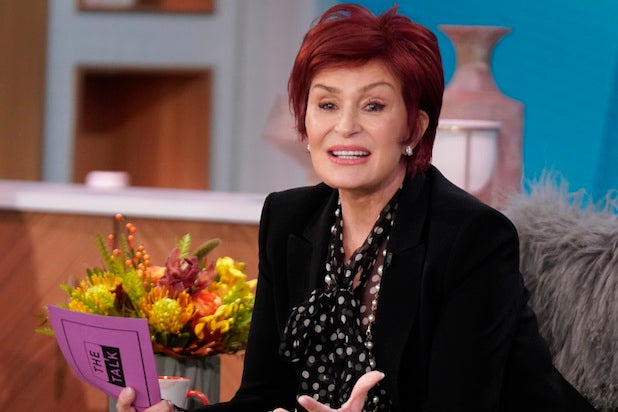 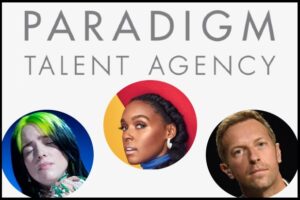 ‘The Talk’ Ratings Down 27% From Last Season – Could Sharon Osbourne Flap Give It a Lift?

Meanwhile, ABC’s “The View” is up 14% from the previous season and ranks in first place among the competition

Sharon Osbourne probably wouldn’t see it this way, but all the buzz surrounding her on-air defense of Piers Morgan could actually be a good thing for “The Talk.” At least in terms of ratings, which have been in decline since last September.

Season-to-date, the CBS series ranks eighth among daytime talk shows in total viewers. It ranks 11th among adults 18-49 and 13th in adults 25-54. Those rankings include the third and fourth hours of the “Today” show.

That’s not much to “Talk” about.

Meanwhile, ABC’s “The View” is averaging 2.978 million total viewers, which is up 14% from the previous season and ranks it in first place among the daytime talk show competition. Of that tally, 395,000 viewers come from the adults 25-54 demographic and 266,000 viewers in adults 18-49. In both age demos, “The View” ranks fourth among all daytime talk shows.

“The Talk’s” decline is a pretty rough one, but it’s not the worst. That unfortunate distinction goes to “The Ellen DeGeneres Show,” which is down 43% in total viewers this season.

“The Talk” is currently on hiatus to allow for an ongoing investigation into an on-air spat last Wednesday (mostly) between Osbourne and co-host Sheryl Underwood.

It got a bit ugly, but the battle was good for business. With the midweek infighting, “The Talk” rose 5% in total viewers last week vs. the prior week.

For comparison, “The View” audience rose 2% week to week.

Osbourne, who twice defended longtime friend Piers Morgan’s comments about not believing Meghan Markle during her CBS interview with Oprah Winfrey and husband Prince Harry, believes she was “set up” to look bad by a line of questioning from co-hosts Underwood and Elaine Welteroth.

The wife of Ozzy Osbourne believes she was purposely not prepped by producers for the barrage, and referred to herself as the show’s “sacrificial lamb.”

Since then, Osbourne has been accused of making racist remarks on set by former co-host Leah Remini. Another former co-host, Holly Robinson Peete, says Osbourne had her fired from “The Talk” for being “too ghetto.”

Piers Morgan had criticized Markle’s comments about the former royal’s mental health and previous suicidal thoughts on his “Good Morning Britain” program, leading to a spat with his own co-host. Morgan walked out during the argument and quit the show. Some critics of Morgan’s words believe his dislike of Markle is racially motivated (the former “Suits” star, whose mom is Black, is biracial).

“The Talk” is set to return with original episodes on Wednesday. Osbourne is not sure if she’ll be part of the show by then. 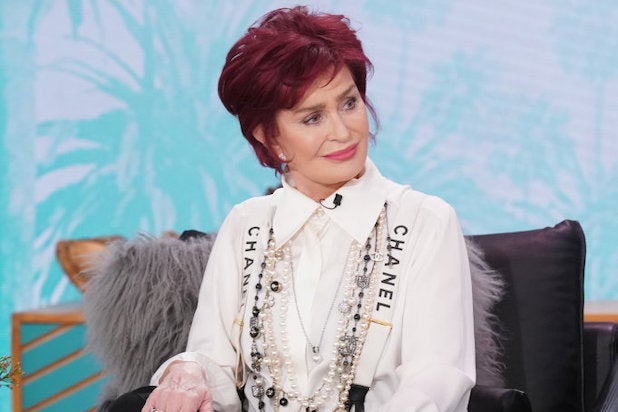 Summer TV: Here Are the Premiere Dates for Broadcast’s New and Returning Shows 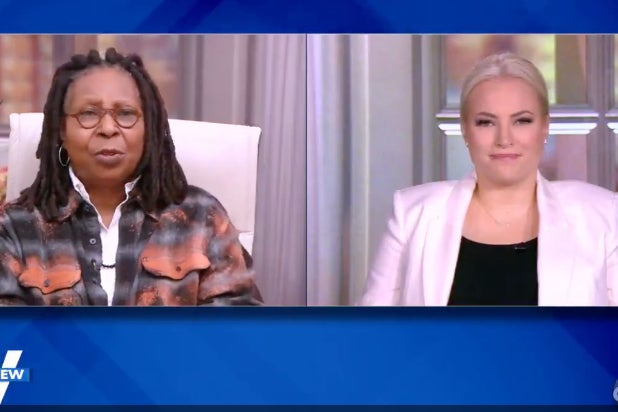 ‘The View': Meghan McCain Says She ‘Doesn’t Need Any Democrats Telling Me What to Do or How to Think’ (Video) 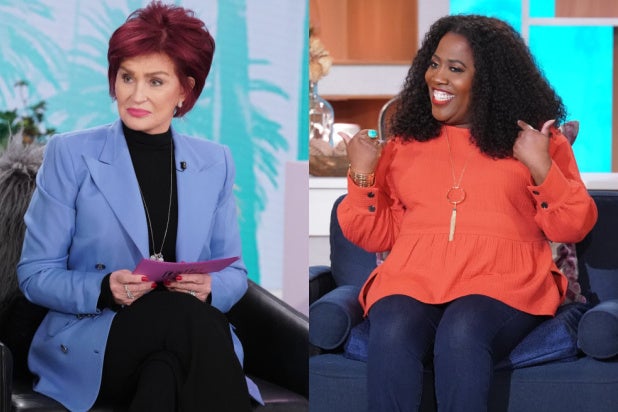