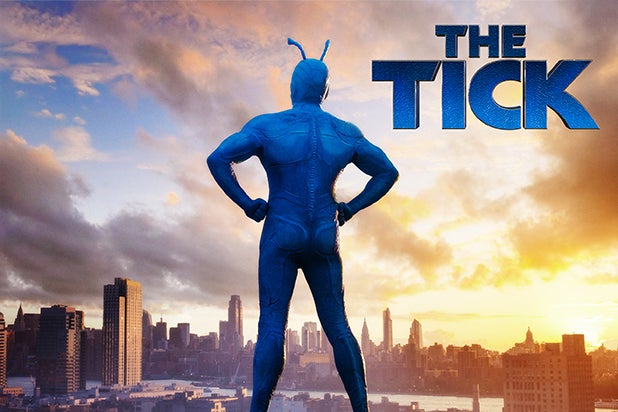 Amazon has released a few first-look photos from its superhero comedy pilot “The Tick,” and it has set the premiere date for that and the pilots for two other previously announced projects, Jill Soloway‘s “I Love Dick” and Jean-Claude Van Damme‘s “Jean-Claude Van Johnson.”

A highly anticipated adaptation of the comic book series, “The Tick” stars Peter Serafinowicz (“Guardians of the Galaxy”) as the titular blue superhero, who was previously played by Patrick Warburton in Fox’s 2001 live-action series.

The new photos reveal Serafinowicz’s costume for the first time, blue antennae and all, as well as some of the show’s villains and guest star Whoopi Goldberg.

As with Amazon’s other pilots, the three half-hours will be made available to all Amazon customers on Aug. 19 before the streaming service decides which to order to series.

“Nowhere else will voices as influential as Jill Soloway and Jean-Claude Van Damme share a stage,” said Joe Lewis, head of half-hour TV series at Amazon Studios. “And that’s just the Js. We’re excited to bring such a diverse slate of pilots to customers and we can’t wait to hear what they think.”

See Serafinowicz in costume and more photos from “The Tick” below: 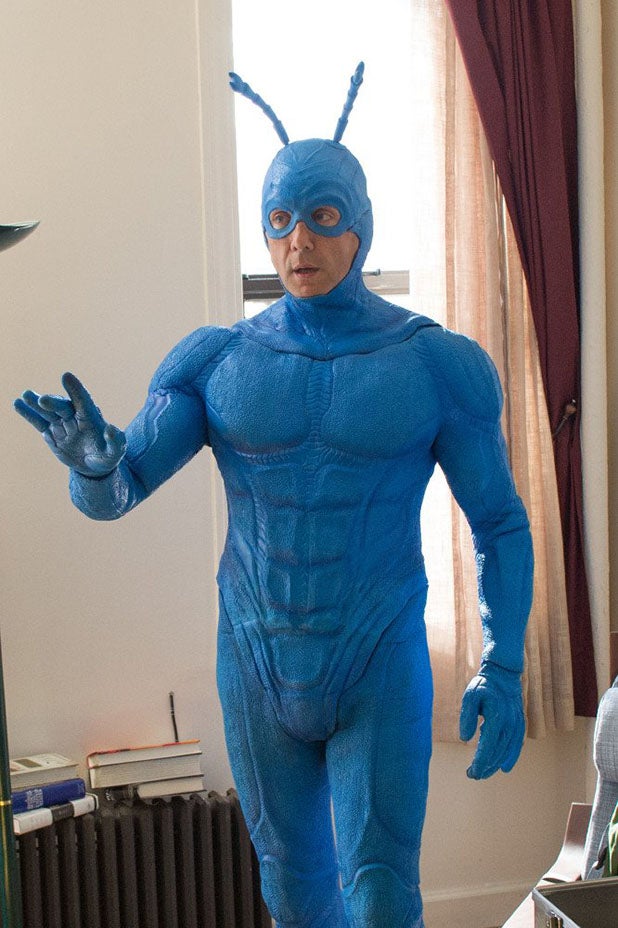 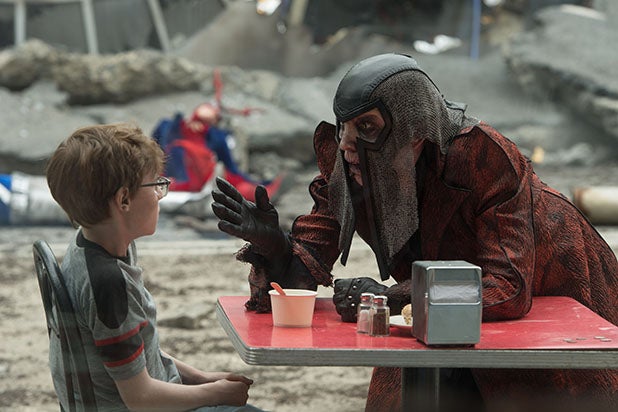 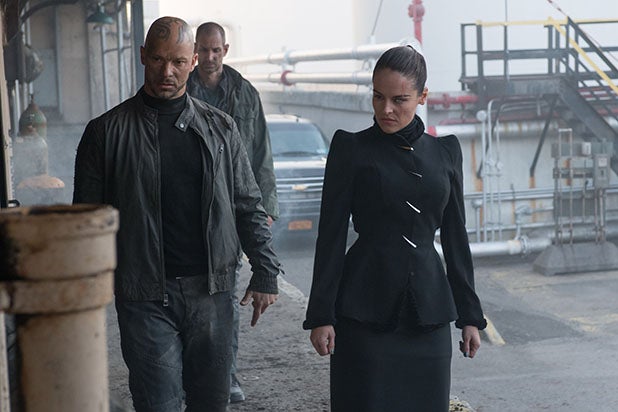 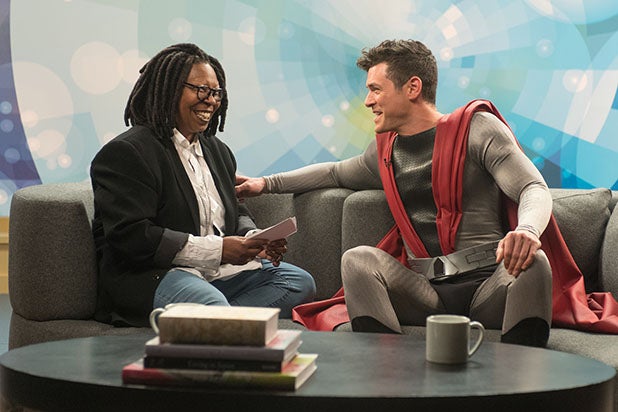