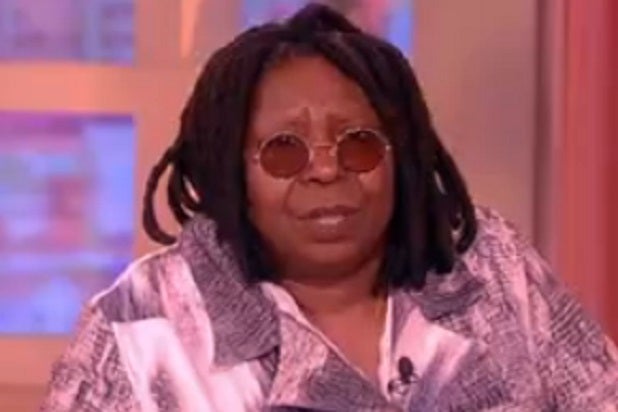 Presidential candidate Ben Carson found himself in the crosshairs on Thursday’s episode of “The View,” with Whoopi Goldberg and her cohorts taking him to task for his ignorance on immigration policy.

Bringing up the fact that, in a recent interview, Carson admitted he wasn’t up to speed on the so-called wet-foot, dry-foot policy, which allows Cubans to apply for legal residence after 366 days in the U.S., Goldberg opined that Carson has some studying to do.

“If you have a huge discussion going on about immigration, you should actually know this, you should have some idea, because it does beg the question of why is one group allowed in … and other groups, like the Haitians, they don’t care how they get in, they send them back or they detain them,” Goldberg said. “He has to be a little faster on the ball.”

See video: 'The View': Whoopi Goldberg Fires Back at Carly Fiorina: 'We Helped Raise Your Profile'

Carson took another hit later on in the episode, when the “View” crew discussed the gaffe Hillary Clinton made while declaring her support for banning the checkbox on job applications that requires candidates to reveal whether they have a criminal record.

“Now, former presidents won’t have to declare their criminal history at the very start of the hiring process,” Clinton goofed during a speech.

“Is it bad that I say, ‘Thank goodness?’ Because Ben Carson has had some issues back in his childhood,” Raven-Symoné joked.

From there, the conversation turned to the need for prison reform.

“The next thing that we need to focus on is the reform inside of the prison,” Raven-Symoné offered.

“Jail is meant to rehabilitate folks, that’s the idea ,” Goldberg added. “Let’s keep our fingers crossed, because there but for the grace of God go each of us … stuff happens, so we gotta be a little more thoughtful.”