Whoopi Goldberg is more than ready to give credit where credit is due when it comes to President Biden’s first few months in office. During Monday’s episode of “The View,” the host offered up her praises as the panel dug into the latest unemployment numbers in the U.S.

The latest jobs report indicated that only 266,000 jobs were created in April, falling well below the projected – and hoped for – numbers of 1,000,000 jobs. While Biden has argued that it shows his infrastructure plans are key to getting things back on track, Republicans have argued that Biden’s policies are in fact the cause of this.

“Everybody has a theory about it,” Whoopi noted. But, after opening the floor to the panel on this subject, Whoopi offered her opinion quite clearly. 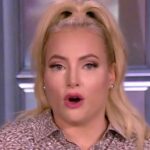 Also Read:
‘The View': Meghan McCain Thirsts Over Will Smith: ‘He Can Get It Any Time He Wants’

The panel did not respond to Whoopi’s assertion, and moved on shortly thereafter, discussing whether the pandemic has been harder on women or men. Both Joy Behar and Meghan McCain had the day off, so Ana Nevarro stepped in for the morning.

You can watch the full interaction on “The View” below.