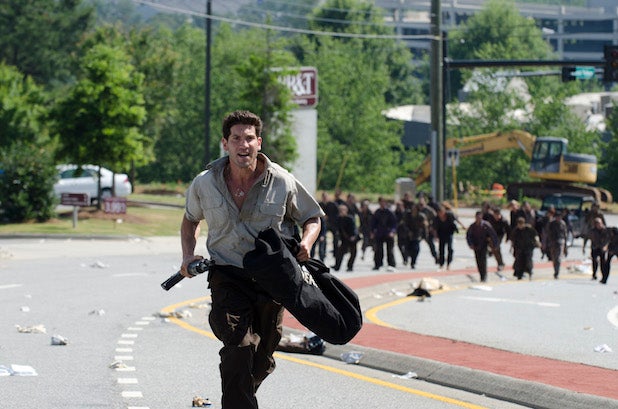 Over the weekend, photos surfaced online of the “Punisher” star on set in Senoia, Georgia, with Andrew Lincoln and Norman Reedus. It’s not unprecedented for previous cast members to hang out on set, but it looks like Bernthal was visiting for more than a lunch date.

According to the TV Line report, Bernthal will be reprising his role as Shane Walsh for one episode in Season 9. AMC declined to comment when reached by TheWrap.

After being killed by Rick in Season 2, Shane has reappeared in Season 3 as a part of Rick’s imagination. Now that we know Rick will be off the show by the end of Season 9, we wouldn’t be surprised if that were to happen again, given Rick’s penchant for flashbacks.

Also Read: 'Fear the Walking Dead' Showrunners on Fiery Midseason Finale: 'No Character Is Ever Safe'

Shane and Rick were police partners and best friends before the zombie epidemic hit and Shane and Rick’s wife Lori (Sarah Wayne Callies) got together, thinking Rick was dead. The first two seasons included a love triangle between them until Shane’s ultimate demise.

An individual with knowledge of the situation told TheWrap that leading man Lincoln would not return to the longstanding drama after Season 9 back in May. Lincoln’s exit comes after Chandler Riggs’ Carl Grimes was killed off last season.