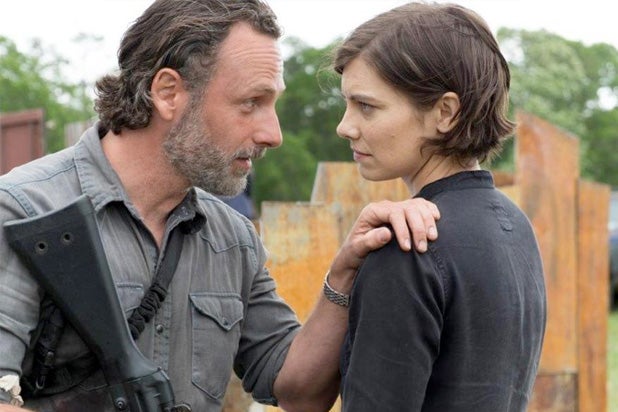 “The Walking Dead” star Lauren Cohan is returning for Season 9, she said Tuesday night at CinemaCon in Las Vegas.

“I’m going back,” Cohan said, according to EW, during a panel promoting her movie “Mile 22.”

“There’s a lot more Maggie story to tell,” she said, adding that she couldn’t give away anything about the Season 9 plot. “You know we’re not allowed to tell you anything, but it’s good.”

Also Read: Did 'The Walking Dead' Just Hint at Future Villains, the Whisperers?

Whether or not Cohan, who plays Maggie on the longstanding zombie drama, would return for Season 9 has been up in the air after co-stars Andrew Lincoln and Norman Reedus signed on, and she held out for a better contract. As Khary Payton, who plays Kingdom leader Ezekiel, put it on Instagram: “Pay the woman.”

Uncertainty to Maggie’s future on the show intensified when Cohan was cast in the ABC pilot “Whiskey Cavalier,” in which she plays a CIA agent working with Scott Foley’s FBI character. Whether or not it will be picked up to series has not yet been announced. If it is picked up, scheduling might be tricky in concurrence with “The Walking Dead”‘s shooting schedule, which begins next week.

In the Season 8 finale, Maggie is still leading the Hilltop, and she seems pretty unhappy with Rick (Lincoln)’s decision to keep Negan (Jeffrey Dean Morgan) alive. And if we’re comparing to the comics, there’s plenty more Maggie story to tell.