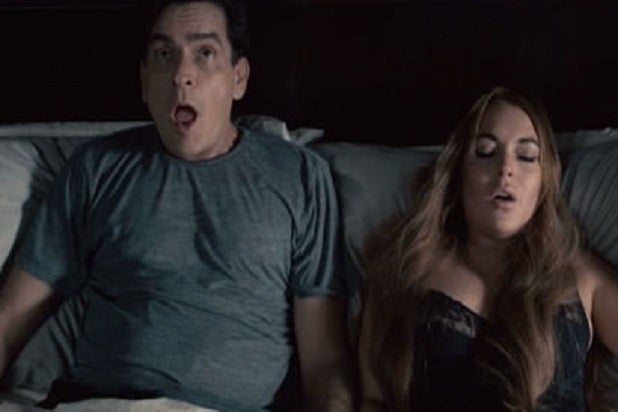 It’s been said that there are no small parts, only small actors. But sometimes those small actors can create some pretty big legal headaches.

The Weinstein Company has been hit with a lawsuit by a man who claims he paid $100,000 for a bit part in “Scary Movie 5,” only to be robbed of his moment in the spotlight.

In the lawsuit, filed in Los Angeles County Superior Court on Monday, Michael Trigg claims that he agreed to pay $100,000 to the website Charitybuzz in exchange for a speaking role consisting of “a few lines” in the film “Scary Movie 5,” in addition to a one-on-one meeting with Harvey Weinstein. The money, according to Trigg, would go to the La Jolla Playhouse.

However, Trigg claims, the agreement quickly fell apart. When he received the portion of the script containing his part — the presumably much-sought role of “FedEx Guy” — the role had a single word, “Package.” And an agreement sent to Trigg to sign noted that the part was not guaranteed to make the final cut of the movie.

Eventually, the lawsuit says, Trigg negotiated with Charitybuzz that he would receive a $40,000 refund if his part was cut from the film, and he received an assurance that his part would be “at least a full sentence in length.”

Despite that, the lawsuit claims, the trouble kept on coming. Trigg says that, after paying for his flight and accommodations for the shoot, he was told that the shooting schedule had changed, forcing him to cancel his trip “at significant cost to himself.” Trigg claims that he was promised reimbursement for the canceled trip, but never received any.

On top of that, the lawsuit claims, Trigg was told that his part would now be included in a different movie altogether, “Demonic.” Trigg suddenly found himself transformed from “FedEx Guy” to “Cop With Dog,” and at the shoot the director told him to just “nod his head” in response to another character’s line.

After Trigg told the director that he had been promised a speaking role, he was told that he could utter “Hey, Detective” to another character in the scene.

Trigg “was very uncomfortable and embarrassed that the Director had not already been informed of the contractual commitment to Trigg and, as a result Trigg  was not getting what he contracted for and was put in the awkward position of having to assert his contract rights as filming was about to begin and many people (cast, crew, etc.) were standing by to shoot the scene,” the lawsuit reads.

In addition to The Weinstein Company, Trigg is suing Charitybuzz and the La Jolla Playhouse.

The Weinstein Company has not yet responded to TheWrap’s request for comment.