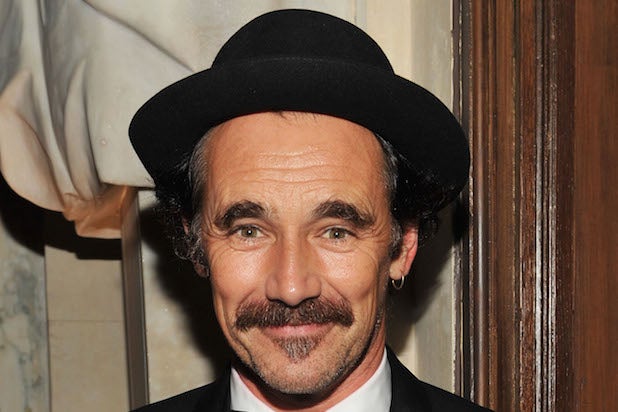 Acclaimed theater actor Mark Rylance is in negotiations to play Johnny Depp‘s father in “Alice in Wonderland 2,” an individual familiar with the project told TheWrap.

A representative for Disney did not immediately respond to a request for comment.

James Bobin (“The Muppets”) is directing the sequel, which will find Mia Wasikowska and Helena Bonham Carter reprising their roles as Alice and the Red Queen, respectively. Sacha Baron Cohen will play a villain named Time.

Rylance is in talks to play Zanik Hightopp, the Mad Hatter’s father, who cannot hide his bright-colored hair beneath a top hat.

Joe Roth returns to produce the sequel, which Disney will release on May 27, 2016.

Also read: ‘Once Upon a Time in Wonderland’ Canceled by ABC

British actor Rylance is a West End legend who was the first Artistic Director of Shakespeare’s Globe in London. Considered one of the most talented performers in the world, Rylance doesn’t do a lot of movies, though he recently appeared in Roland Emmerich‘s “Anonymous” and will soon be seen opposite Sean Penn in Pierre Morel’s action movie “The Gunman.”

Rylance, who also co-starred alongside Natalie Portman and Scarlett Johansson in “The Other Boleyn Girl,” is repped by Hamilton Hodell, manager Meryl Robertson and attorney Jodi Peikoff.