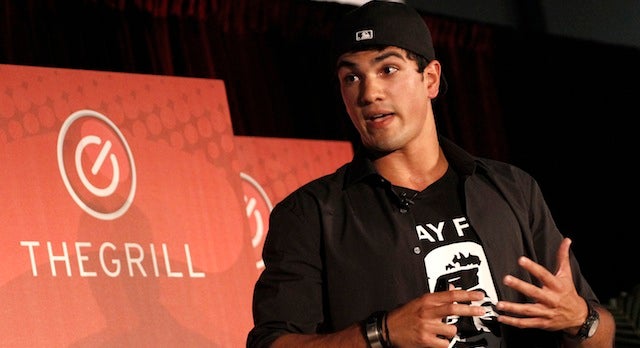 Attention, aspiring actors unable to make it to Hollywood to audition — stardom still might be within your grasp.

TheWrap's TheGrill@ Locations Show Friday in the West Hall of the Los Angeles Convention Center hosted an exclusive presentation of the new app RCR Connect, which allows would-be actors to film and upload auditions on their cellphones for directors and producers to peruse, no matter where they are.

The RCR Connect app also allows users to collect votes via Facebook and Twitter, raising their profile in the actors' gallery for increased exposure.

As explained by RCR Connect founder Ricardo Costa Reis during the presentation, the app also benefits directors and producers, who can remotely view auditions from actors in countries they plan to film in, without the expense of booking a trip just for casting.

While the voting aspect of the app might appear to be a gimmicky nod to contemporary social-media convention, Reis stressed that RCR Connect will definitely be used in the casting of at least one movie — RCR Productions is currently developing a film titled "Sympathy for the Devil," which will employ the app in the casting process.

And while the vote-gathering capabilities of the app would seem to leave it open to ballot-box stuffing, Reis downplayed the possibility that an aspiring actors' friends and families might unduly affect the process.

"Of course, the director has the final say of who gets the part," Reis said.