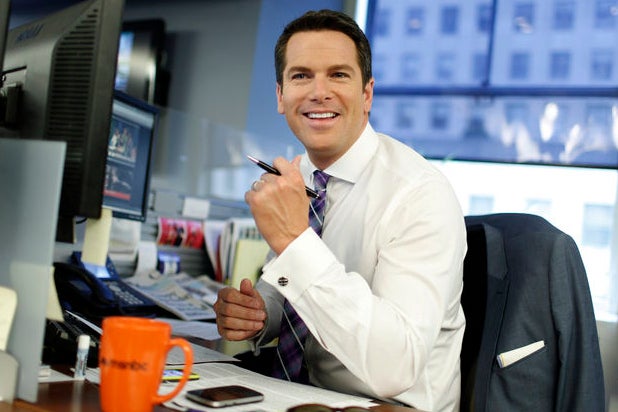 Thomas Roberts has been named host of MSNBC’s “Way Too Early.”

“This is a very exciting opportunity and right in line with my career goals and aspirations,” said Roberts. “I really admire what Joe, Mika, Willie and Brian have built with ‘Morning Joe’ and ‘Way Too Early.’ I am flattered to join this morning family. I also appreciate Phil’s faith in me and can’t wait to get started.”

“Thomas’ unique personality and point of view are just the right mix to lead-in to ‘Morning Joe,'” Griffin said. “Thomas has really found his voice in the past year and joining the ‘Morning Joe’ table gives him the opportunity to further develop it. I’m proud of the excellent work Brian Shactman did on ‘Way Too Early’ and thank him for a job well done.”

As for Shactman, his departure stems from a personal decision to not focus exclusively on politics. Shactman said he will be announcing his next venture “in the very near future.”

Thomas Roberts has been host of “MSNBC Live” at 11 a.m. since 2010. He’s also been a fill-in host and contributor to “Morning Joe,” “Way Too Early,” and NBC’s “Today.” MSNBC plans to announce a new host for the 11 a.m. hour in the coming weeks.

Alex Korson is the executive producer of “Way Too Early” and “Morning Joe.”