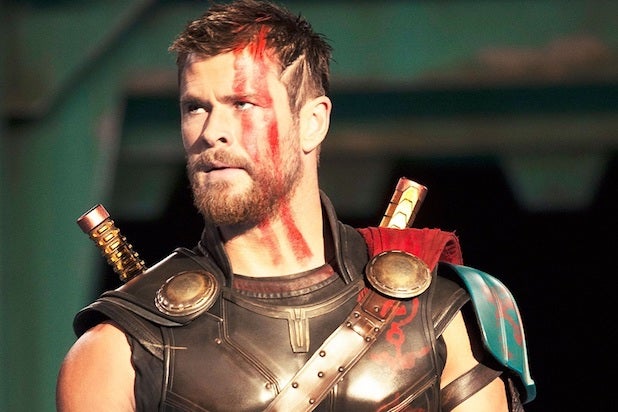 “Thor: Ragnarok” is Fandango’s most anticipated fall movie, a new survey has revealed.

“Kingsman: The Golden Circle” and “It” rounded out the top five of the most anticipated fall movies. Other anticipated actors and actresses included Idris Elba in “Molly’s Game,” Channing Tatum in “Kingsman,” Jennifer Lawrence in “mother!’ and Halle Berry in “Kingsman.”

“Moviegoers always look forward to the fall season when some of the year’s best films debut,” Fandango’s Managing Editor Erik Davis said. “This year there’s an especially diverse slate full of a little something for everyone. ‘Thor: Ragnarok’ claims the most anticipated title, thanks to the overwhelming momentum and excitement the Marvel Studios brand has built up over the years, plus fans can’t wait to see more of Mark Ruffalo’s Hulk, as well as Cate Blanchett and Tessa Thompson in new-to-the-franchise roles.”

Starting Thursday, fans can buy advance tickets for “Thor: Ragnarok,” almost two months ahead of its release on November 3. Fandango is also holding a sweepstakes where one lucky ticket-buyer can win a trip to Hollywood to meet Hemsworth and attend the film’s premiere.