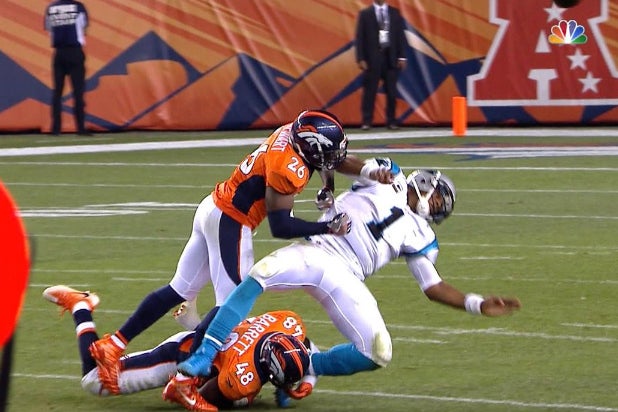 The NFL just called a false start on a report that it may sack “Thursday Night Football.”

Pro Football Talk’s Mike Florio wrote on Sunday that the show, which began a decade ago, may be coming to a close.

“The league will be considering the possibility of ending, or at least limiting” the package, Florio wrote.

“Someone is working overtime at the rumor mill,” league spokesman Brian McCarthy said. “We are fully committed to ‘Thursday Night Football’ and any reports to the contrary are unfounded.”

The current “TNF” contract with CBS and NBC runs through 2017.

Florio reported that one option is to kill “Thursday Night Football” completely, or possibly start it at Thanksgiving instead of at the start of the season. That way, the games would mean more.

The Thursday contests began 10 years ago to provide game content for the NFL Network. This year, the split CBS-NBC package hasn’t exactly been killing it in terms of ratings.

The NFL overall is in a slump thus far this season — but Thursdays have been the hardest hit. The reasons may include bad match-ups, oversaturation and entertainment-averse rules changes.