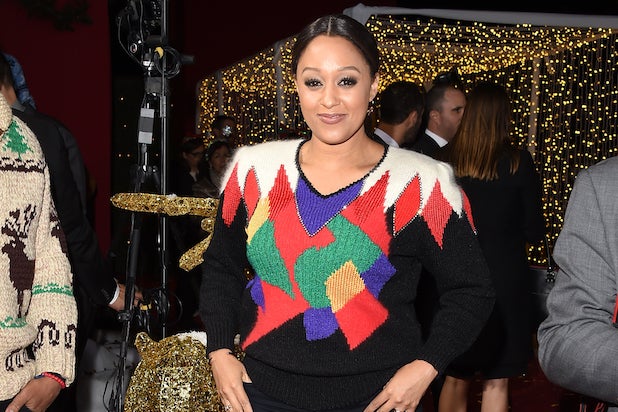 “Sister, Sister” fans hoping for a revival of the hit 90’s TV show may be in for a surprise — Tia Mowry says they’re currently working on making it happen.

In an interview with Nylon Magazine, Mowry said that she’s trying to make the series happen sooner than later, but the process is proving a lot more challenging than she expected.

“We’re looking, right now, for a producer and a writer, someone who can kind of be a leader of the pack in regards to running the show,” the 38-year-old told Nylon. “I thought people would kind of be jumping on it, but it’s a lot harder than my sister and I thought it would be. Everything in my career has always been a challenge.”

Given that “Twin Peaks,” “Roseanne” and “Will and Grace,” have all been recently revived, Tia said she knows that the possibility of a “Sister, Sister” revival isn’t completely off the table.

“It’s not dead in any kind of way,” she said. “We’re moving forward, we’re taking those strides. They’re slow strides, but we’re pushing as hard as we can to make people happy and make our fans happy.”

“Sister, Sister” was a sitcom that aired from 1994 until 1999 and followed the lives of two identical twins (Tia and Tamera Mowry) who were given up for adoption and therefore separated at birth until they ran into each other at a shopping center fourteen years later.

From “Law and Order” to “The Simpsons”