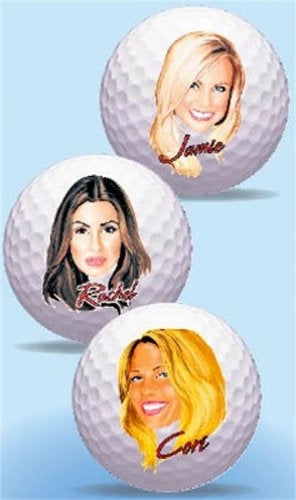 Joslyn James, one of golfing great Tiger Woods’ alleged legion of girlfriends, will tee off noon Wednesday — against a line of golf balls being marketed by a Canadian company.

Creative Classics sells the novelty balls, featuring images of Woods’ reported paramours — including James — under the imprimatur of its Mistress Collection.

James claims that the “risk of violence against women may be increased because of this product.”

A press release issued by Allred’s office says that James has been in hiding since the Woods scandal erupted.