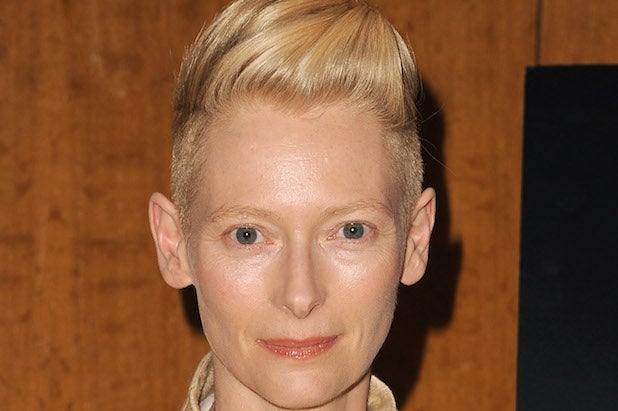 Fresh off her unrecognizable turn in “The Grand Budapest Hotel,” Tilda Swinton is in negotiations to co-star in Judd Apatow‘s next Universal Pictures comedy “Trainwreck,” TheWrap has learned.

Swinton is nearing a deal to play Schumer’s boss, an individual familiar with the project told TheWrap.

Universal optioned the rights to the project from Schumer in August 2013, and since then, she has been developing the script with Apatow, who is also producing through his Universal-based Apatow Productions.

Universal executive Erik Baiers will oversee the project for the studio, which has been keeping plot details under wraps, though all will be revealed on July 24, 2015.

Swinton next stars in Terry Gilliam’s “The Zero Theorem,” Jim Jarmusch‘s vampire tale “Only Lovers Left Alive” and the sci-fi movie “Snowpiercer.” She can currently be seen opposite Ralph Fiennes as Madame D. in Wes Anderson’s “The Grand Budapest Hotel.”

Swinton, who won an Oscar for her supporting performance in “Michael Clayton,” is repped by UTA, Hamilton Hodell and attorney Jodi Peikoff.