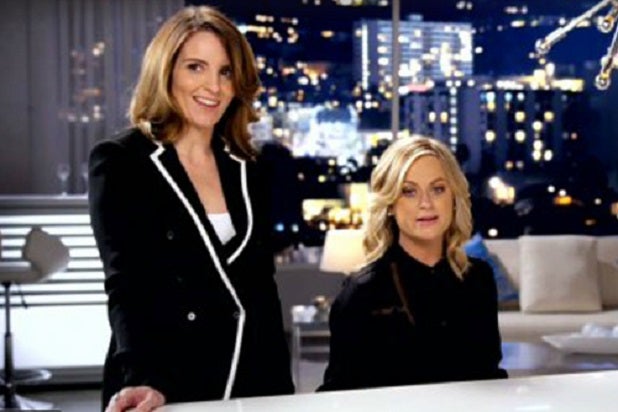 It’s a good thing that Tina Fey and Amy Poehler have their comedic chops to fall back on — because they’d be awfully hungry if they had to sing for their supper.

The “Saturday Night Live” alum are once again teaming up to co-host the Golden Globes in January, and a new promo for the ceremony isn’t exactly pitch-perfect.

The clip features Poehler at the piano with Fey at her side, as the pair attempt to deliver a preview of their opening song.

Unfortunately, the pair seem to have a little — actually, a lot — of trouble hitting the right key.

It’s probably best to tape your dog’s ears shut before clicking on the video below, lest you be further assaulted by incessant howling.

The Golden Globes air Jan. 12 on NBC. Until then, brace yourselves.