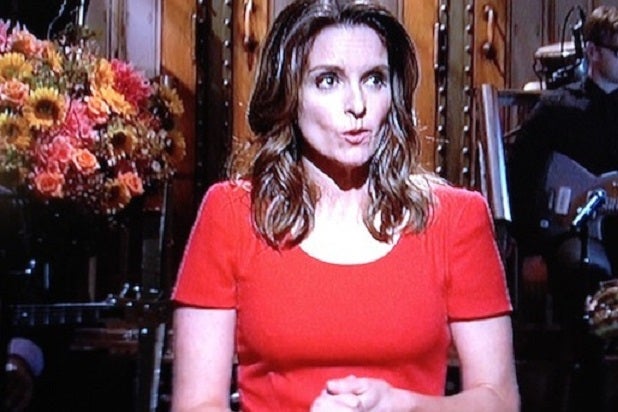 Alum Tina Fey got the 39th season of “Saturday Night Live” off to a fast ratings start.

NBC reported Sunday that the show drew an average 4.7 rating in metered-market households, the best showing of any broadcast network in primetime. It also posted a 2.7/13 in adults 18-49 in the Local People Meters.

Fey was joined by musical guest Arcade Fire on the show, which also included a surprise stop-in from “Breaking Bad” star Aaron Paul.

The numbers were nearly even with last year’s season premiere, which featured Seth MacFarland and singer Frank Ocean, and the May 18 season finale with host Ben Affleck and musical guest Kanye West.

But Fey, a former head writer at “SNL” whose earlier comic portrayal of politician Sarah Palin became a pop culture phenomenon, couldn’t quite match the ratings that she earned on her last appearance. She brought in a 5.3 households rating and a 2.8 in the key demo when she last hosted in April of 2011.