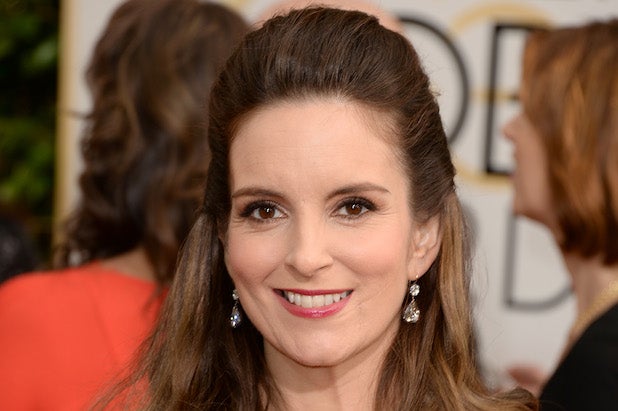 Fresh off another rousing success co-hosting the Golden Globes, Tina Fey is attached to star in and produce “The Taliban Shuffle” for Paramount Pictures.

Fey will produce through her Little Stranger banner, along with Lorne Michaels and Broadway Video.

Robert Carlock of “30 Rock” wrote the script, which is based on Kim Barker’s memoir “The Taliban Shuffle: Strange Days in Afghanistan and Pakistan.” Fey optioned the book and trusted frequent collaborator Carlock to handle the adaptation.

Barker arrived in Kabul as a journalist in 2002. She spoke only English and had little idea how to do the “Taliban Shuffle” between Afghanistan and Pakistan. As she delved deeper into the region, her love for the hapless countries grew along with her fear for their future stability.

Fey recently starred opposite Paul Rudd in the comedy “Admission” and turned in a funny cameo as an entertainment reporter during the big fight scene in “Anchorman 2.” She next stars in Shawn Levy‘s “This Is Where I Leave You” as well as Disney’s sequel “Muppets Most Wanted.” She’s repped by WME, 3 Arts Entertainment and attorney Clifford Gilbert-Lurie.