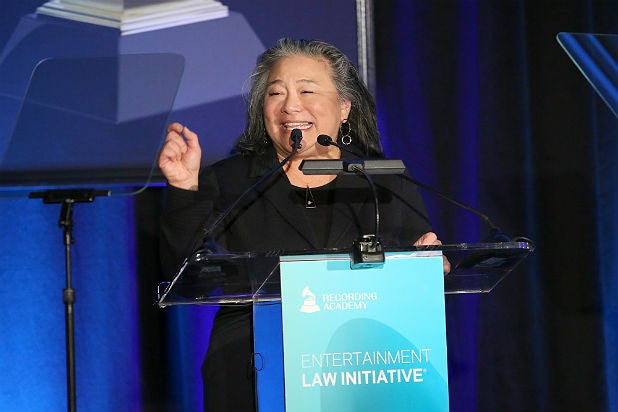 Tina Tchen, a lawyer and former chief of staff to Michelle Obama during her tenure as first lady, has been named president and CEO of Time’s Up, the advocacy group announced Monday.

Tchen has long been involved with the organization, co-founding the group’s legal defense fund to support women in all industries who experienced sexual harassment at work.

“We have some news,” the verified Time’s Up account tweeted. “Meet @TinaTchen. She helped to co-found @TIMESUPLDF. She’s been fighting for gender equity and workers’ rights for 40 years. Today, we’re honored to announce that she’ll be leading the charge as #TIMESUP’s new President & CEO.”

Lisa Borders, the former CEO of the advocacy group spawned in the wake of the #MeToo movement, abruptly resigned her post in February after her adult son was accused of sexual assault.

Time’s Up, founded in January 2018 at the height of the #MeToo movement bills itself as “an organization that insists on safe, fair & dignified work for women of all kinds.”

According to the group, the legal defense fund has connected more than 3,600 workers who say they’ve experienced sexual harassment to attorneys or public relations support.

We have some news.

Meet @TinaTchen. She helped to co-found @TIMESUPLDF. She’s been fighting for gender equity and workers’ rights for 40 years.

Today, we’re honored to announce that she’ll be leading the charge as #TIMESUP‘s new President & CEO.