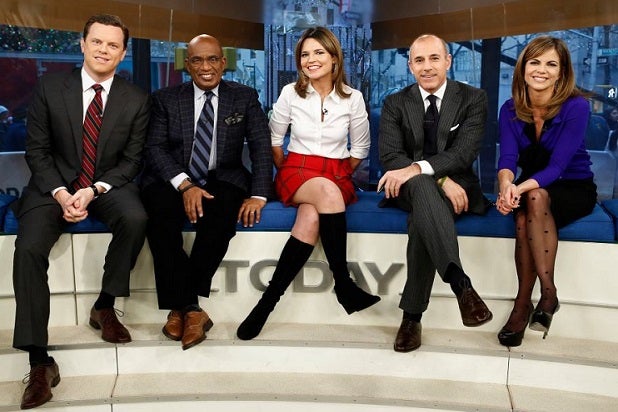 In a bright spot amid its ongoing ratings battle with “Good Morning America,” “Today” scored its first weekly win against its ABC competitor since July on the week of Dec. 16.

During that week, “Today” took first place in the key 25-54 demographic, its first weekly victory against “GMA” since the week of July 8. “Today” edged out “Good Morning America” in the demo, averaging 2.214 million total viewers, compared to 2,196 million for “Good Morning America.”

In total viewers, “GMA” still came out on top, averaging 5.572 million compared to 5.235 million for “Today” — though the NBC offering did win total viewers on Dec. 18.

CBS’s “CBS This Morning” drew third place for the week, averaging 1.119 million viewers in the demo and 3.048 million total viewers.