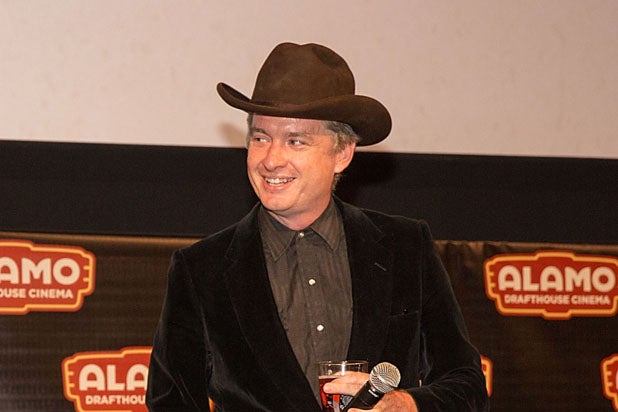 Alamo Drafthouse CEO Tim League issued a lengthy apology on Friday for his handling of a scandal stemming from the revelation that he had quietly rehired Devin Faraci, former editor-in-chief of Drafthouse-owned movie site Birth.Movies.Death, who resigned last year after being accused of sexual assault. But one former employee isn’t having it.

Todd Brown, who resigned as director of international programming for the Drafthouse-owned science fiction and horror festival Fantastic Fest earlier this week over the news of Faraci’s rehiring, wrote a lengthy reply to League’s apology calling it disingenuous and an attempt at “self-preservation.”

Faraci resigned in Oct., 2016 after being accused of sexual assault a decade earlier by a woman who has publicly disclosed her first name, Caroline. But following initial reports that Faraci had been rehired, it came out that a second woman, Vancouver-based journalist Kat Arnett, had reached out to League shortly after Faraci’s resignation to report that he had sexually harassed and bullied her.

Arnett made public League’s reply, in which he said he was trying to “move forward with the BMD brand,” asked Arnett to keep the accusation private, and ended with a blithe “cheers,” deepening what was already a severe crisis for the Drafthouse organization. League announced on Wednesday that Drafthouse and Faraci had “permanently” parted ways, but this did little to quell growing outrage. League’s Friday apology was his third attempt to respond to the scandal.

“I am not impressed by the instinct for self-preservation,” Brown said in his statement Saturday. “The only concern – literally, the ONLY concern – expressed by League in his apology is for himself and his company.”

“‘I should not have harbored the man who assaulted you.’

‘I should not have harbored the man who harassed you.’

‘I should not have asked you to keep silent.’

‘I should not have kept my actions a secret.'”

Brown claims League never really shows any regret except for his own loss.

“I stated when I stepped away that I felt embarrassed and ashamed,” he concluded.  “That has only deepened.”

Shortly after Midnight Tuesday, Brown resigned from his post at the festival, saying he “had no advance knowledge of this decision nor knowledge that Devin was contributing to the program guide.”

Brown said he was blindsided by Faraci’s continued involvement at the Austin, Texas-based company.

League’s apology, posted to his public Facebook page on Friday, reads in part: “Over the past few days, I’ve realized that decisions I have made over these past months have been problematic. I am concerned about what these choices may say about me and the values of this company to employees, customers and the community at large. I’m humbled and deeply sorry.”

‘I should not have harbored the man who assaulted you.’

‘I should not have harbored the man who harassed you.’

‘I should not have asked you to keep silent.’

‘I should not have kept my actions a secret.’

When I stepped down from Fantastic Fest I stated that the omissions in Tim’s acknowledgment that he had quietly re-hired Devin Faraci were a key reason for doing so. And it is what is omitted, again, that are the key reasons for my utter rejection of his apology.

Caroline and Kat – and others like them who have chosen to speak anonymously for fear of reprisal – are actual people. Real, actual people who had real, actual harm done to them. And yet they are completely and totally absent from this. Instead, what do we get?

Three days after acknowledging Faraci was back on payroll – three days spent with crisis teams and publicists – we get ‘I am concerned about what these choices may say about me and the values of this company to employees, customers and the community at large.’

The only concern – literally, the ONLY concern – expressed by League in his apology is for himself and his company. The vision is completely inward. The perpetrator is once again cast as the victim. And once again, yes, the Club is called upon to form its protective circle with the actual victims very firmly on the outside.

I know that my continuing to talk about this places friends and former colleagues at Fantastic Fest in an incredibly difficult position. I know that I am damaging friendships and relationships that go back over a decade and I know that, for some, this damage will be irreparable. I know that the timing is shit. But I did not choose this timing. And while I regret losing those of you who I will inevitably lose … well, fuck. What else am I supposed to do?

I stated when I stepped away that I felt embarrassed and ashamed. That has only deepened.”