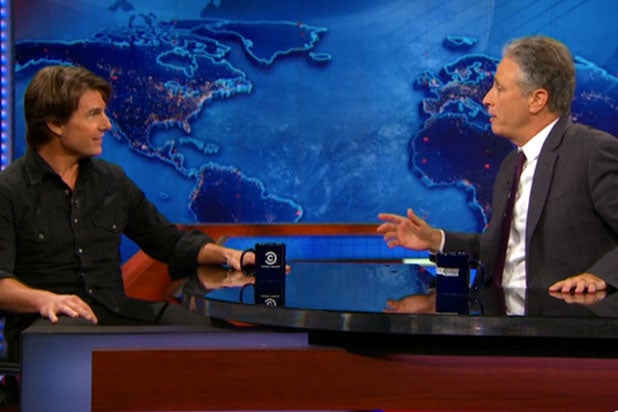 Tom Cruise teased another “Mission: Impossible” movie while appearing on “The Daily Show” on Tuesday night.

The sequel news came at the end of an interview during which the action star, who reprises his role as Ethan Hunt in “Mission: Impossible — Rogue Nation” on Friday, gave the Comedy Central host some workout tips.

“You’re shirtless in some of this,” Stewart said. “You’re older than me, and I don’t take off my shirt even to shower!”

When Stewart asked the actor how many hours he puts in at the gym, Cruise said he spends “months training” for intense action sequences and stunts her pulls off in the “Mission: Impossible” movies.

Cruise said that a good place to start is to look at his die, and “start out going for a walk.”

Stewart also asked the 53-year-old actor about his “vulnerable days,” and that he would like to see him in more dramatic projects.