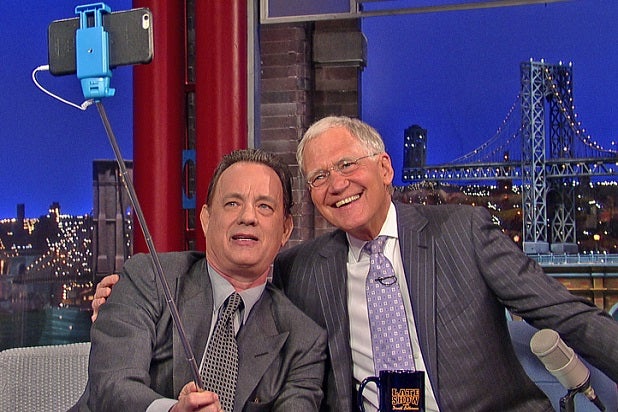 Now that David Letterman is retiring this week, he’ll probably want to do some traveling with his free time. And thanks to his big-shot buddy Tom Hanks, the outgoing late-night TV host has a working understanding of that most obnoxious of tourist accessories, the selfie stick.

The former “Bosom Buddies” star and frequent “Late Show With David Letterman” guest dropped by the Ed Sullivan Theatre to share some laughs with Letterman — who signs off as host of the CBS show on Wednesday — and show him the ropes when it comes to the much-maligned modern photographic tool.

Watch Hanks school Letterman in the clip below.