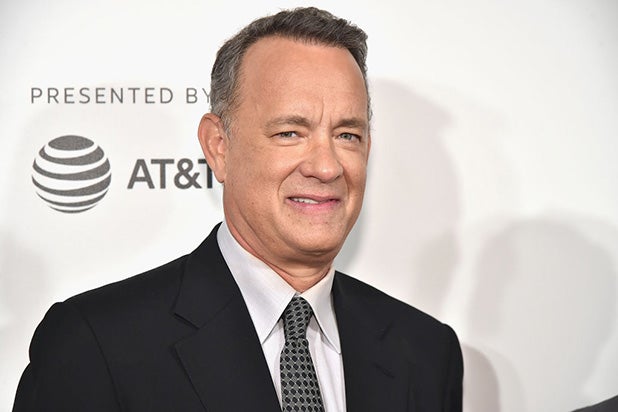 Tom Hanks is set to star in a film as Major Matt Mason, a character based on a 1960s Mattel action figure. Akiva Goldsman is writing the screenplay for the film that is in early development at Paramount Pictures, two individuals with knowledge of the project told TheWrap.

Goldsman is reuniting with Hanks after working closely with him on “The Da Vinci Code” and “Angels & Demons.” Mattel Films is also co-producing the project.

The character Major Matt Mason was an astronaut who lived and worked on the moon, and was introduced in 1966 to coincide with the space race. His look was inspired by that of designs seen in Life Magazine, Air Force Magazine and other space and aviation publications.

Hanks initially was attached to the project back in 2012 when Robert Zemeckis was in talks to direct the film as a family-friendly, live action space epic that would be shot in 3-D, but it never blasted off. At the time, Hanks co-wrote the screenplay with Graham Yost and the project was set at Universal.

Hanks is in Toronto for the premiere of his latest film “A Beautiful Day in the Neighborhood,” in which he stars as beloved children’s host Fred Rogers.

Earlier this week, Goldsman announced a project set up at Paramount, teaming up with another former collaborator, Will Smith. That project is a futuristic thriller and is an adaptation of the book “Brilliance” by Marcus Sakey.

Hanks and Goldsman are both represented by CAA.