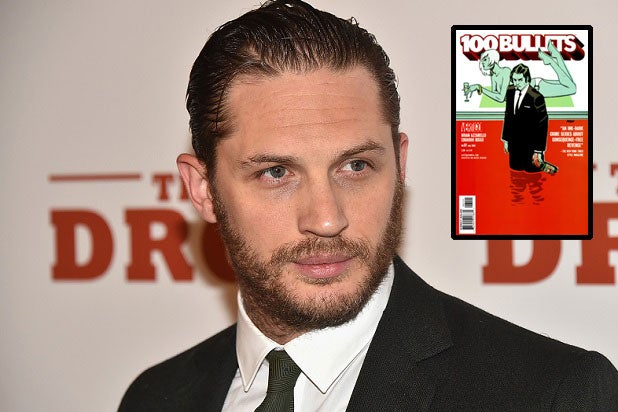 Could an appearance on “Lip Sync Battle” be in Tom Hardy‘s future?

The “Mad Max: Fury Road” star showed off his eclectic musical tastes and his softer side with a series of Dubsmash videos that featured him lip syncing to a number of popular songs.

First up, Hardy belts out the Whitney Houston classic, “I Will Always Love You” from the 1992 film “The Bodyguard.” Next, he tackled “Hard Knock Life” from the musical “Annie.” He also took on hits from The Bee Gees and rapper Action Bronson.

Hardy takes on each song with his trademark intensity, though it’s still hard to imagine the same man who played such violent characters in films like “Warrior” and “Bronson” rocking out to “Stayin’ Alive.”