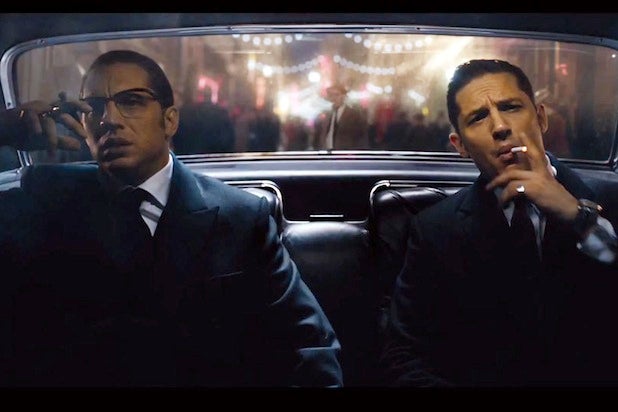 Tom Hardy stars as real-life identical twins and London mobsters Ronald and Reginald Kray in “Legend,” the first full trailer for which debuted on Thursday.

The “Mad Max: Fury Road” actor portrays two opposing personalities with equally thick British accents — one brain and one muscle — who controlled the East End in the 1960s. Despite their responsibility for a number of crimes, the Kray twins were treated as top celebrities.

The trailer released by Universal Pictures chronicles the rule breakers’ rise and fall, including an intense fight scene between Tom Hardy‘s character and Tom Hardy‘s … other character. Once recognized as the most dangerous men in London, the Krays are on a quest to turn their city into the “Las Vegas of Europe,” and British authorities are on the hunt to stop them.

Brian Heldeland is the writer and director of “Legend.” He previously won an Academy Award for co-writing “L.A. Confidential” (1997).