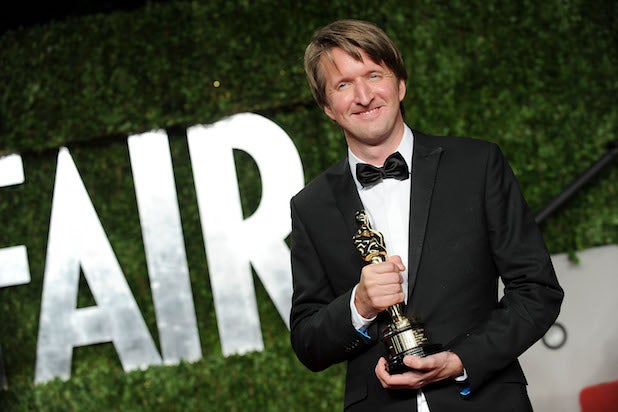 Tom Hooper is attached to direct and produce a feature adaptation of Andrew Lloyd Webber‘s musical “Cats” that is quickly coming together at Universal Pictures and Working Title, an individual familiar with the situation has told TheWrap.

Tim Bevan and Eric Fellner will produce for Working Title along with Debra Hayward and Hooper. Cameron Mackintosh, who produced the original “Cats” musical, is also expected to produce the feature adaptation, just as he did with Universal and Working Title’s “Les Miserables.”

“Cats” is based on T.S. Eliot’s poetry collection “Old Possum’s Book of Practical Cats.” First performed in the West End in 1981, the musical tells the story of a tribe of cats called the Jellicles who must decide which one of them will ascend to the Heaviside Layer and come back to a new life.

Also Read: How They Made 'Les Misérables' Even Bigger for the Big Screen

“Cats” is one of the longest-running shows in Broadway history and was previously adapted for television in 1998. The show has been presented in over 30 countries, translated into more than 20 languages and seen by more than 73 million people worldwide.

Hooper has been linked to a “Cats” movie for months, first by The Sun, and then by the Daily Mail. According to their sources, the director is in the midst of deciding how to approach the adaptation — be it with actors, CG-characters or a combination of the two, a la Jon Favreau‘s “The Jungle Book.”

Hooper is the Oscar-winning director of “The King’s Speech” whose credits also include the Hugh Jackman-Russell Crowe musical “Les Miserables” and the Eddie Redmayne-Alicia Vikander drama “The Danish Girl.” He’s represented by ICM Partners and Independent Talent Group. A representative for the director did not immediately respond to TheWrap’s request for comment.