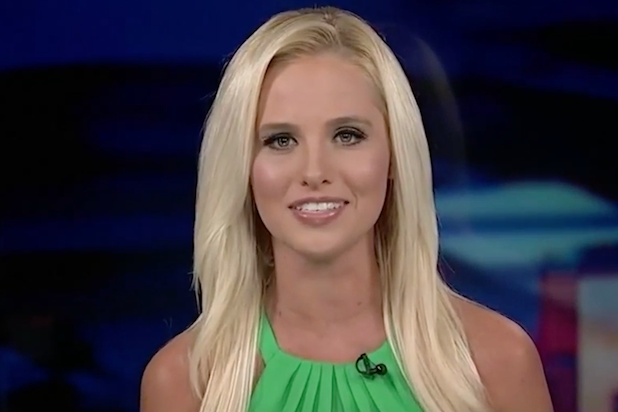 Right-wing firebrand, Tomi Lahren, is joining a pro-Trump advocacy group, Great America Alliance. She will work on the communications team for the organization, after splitting from conservative network TheBlaze earlier this year.

Lahren rose to fame with a series of polarizing viral videos in which she often defended Trump and mocked the president’s critics. However, her first post-Blaze gig won’t be behind an anchor desk.

Lahren said in the announcement: “The liberal establishment and mainstream media continue to fight our President at every turn, so it’s critical for all Americans to step up and do all they can to advance the America First agenda. I’m excited to join the Great America team and continue supporting President Trump and help ensure he can deliver on his promises to the American people.”

Lahren has already started raising awareness for the group’s cause, tweeting a link with the message, “The silent majority is getting louder.”

Lahren recently settled a wrongful termination lawsuit against TheBlaze and its founder Beck, Lahren’s attorney Brian Lauten told TheWrap earlier this month. Per the settlement, Lahren kept her Facebook page, which boasts more than 4 million followers. However, Lahren agreed to return any intellectual property created by TheBlaze that has been posted on the Facebook account.

She sued last month after her show was suspended indefinitely. The suspension came shortly after Lahren acknowledged being pro-choice on an episode of the talk show “The View.” Lahren said that the suit was resolved “amicably” and supporters defender her against the Twitter critics.

On Sunday, Lahren received criticism from Twitter users who though she was hypocritical for blasting “snowflakes” who walked out on Vice President Mike Pence’s commencement speech at Notre Dame on Sunday. “Good luck holding a job, kids!” she tweeted.

Despite the role with Great America Alliance’s communications team, it’s still not out of the realm of possibility that Lahren could end up on another television network at some point.