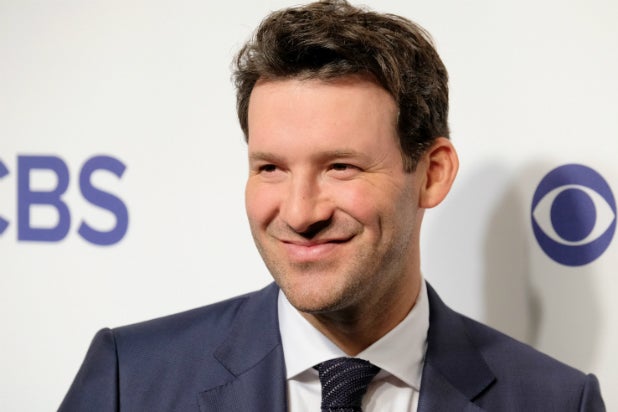 ESPN is preparing to make an offer to Tony Romo that would make him the highest-paid sports broadcaster in history, according to Front Office Sports.

The report indicates that Romo would make between $10 million and $14 million annually if the one-time Dallas Cowboys quarterback were to make the jump from current employer CBS to ESPN, where he’d be an analyst on “Monday Night Football.”

ESPN, CBS and a rep for Romo declined to comment.

Romo’s reason for retiring in 2017 came down to his health. The quarterback had played in only five games over his last two seasons because of collarbone and back injuries. In his absence, rookie quarterback Dak Prescott emerged as a star in Dallas, and once Romo hit CBS, he became a star in a new right.

Before broadcasting, Romo had been with Dallas since 2003, taking over as starting quarterback for Drew Bledsoe midway through the 2006 season. He had thrown for 34,183 passing yards and 248 touchdowns, setting both as franchise records. Despite his statistical success with the team, Dallas never advanced further than the NFC Divisional Round with Romo as its quarterback.