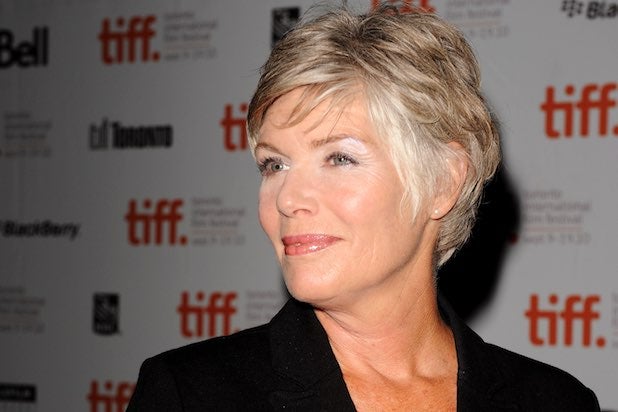 Kelly McGillis, the actress who played Tom Cruise‘s love interest in “Top Gun,” is now “armed and ready” with a permit to carry a concealed weapon after surviving a terrifying home invasion during which she was “scratched and bruised.”

“I’m still a bit shook up and struggling with some residual fear. I do have an alarm. I was complacent and didn’t set it after living here four years and having nothing happen,” McGillis wrote on Facebook last Saturday. “I have decided to get a conceal and carry permit.”

She wrote on Thursday that the Henderson County Sheriff’s Department has since rushed her through the conceal and carry course. Before that, the actress used Facebook share details about the creepy encounter with a deranged woman who broke into her secluded North Carolina mountain home on June 17, and attacked her when McGillis tried to call 911.

Also Read: After Orlando, Gays Take Aim at Guns: 'The NRA Should Be Very Worried'

The dramatic scene unfolded much like one in a horror movie. Here’s the whole story in her own words.

When I arrived home on top of my mountain I notice the downstairs bathroom light was on (you can see it from the street). I didn’t recall leaving it on but I was in there before I left brushing my teeth so I thought maybe I’d left it on. There weren’t any cars around. I began collecting the bird feeders to bring them in for the night (we have hungry bears). When I put my key in the front door it was unlocked. I thought it was strange but I made up the story that maybe I had left it unlocked just as I had left the bathroom light on.

Upon entering the house I notice a pair of girls pink sandals and a black larger pair. I thought that maybe one of daughter was here because on of them has a key. Called out hello several times. I was trying to get rid of the stuff in my hand to better assess what was going on when a stranger, a woman, came barreling down the hallway and began yelling at me. I asked her who she is and why she was in my house and she said ‘you know why you’ve been stalking me in Twitter.’ Not true.

At that moment I got worried that there may be someone else in the house with house with her. We have quite a few guns and lots of ammo and that’s when I started to panic. Thinking that if they have one of them I could be shot. I ran out the front door and called 911. She ran out after me and began punching and scratching my trying to grab the phone out of my hand. I began screaming as loud as I could hoping someone somewhere might hear me. I still had my car keys in my hand so I set off the car alarm. That distracted her enough to throw the cell and try to deal with the keys. More fighting ensued. I got the cell phone back and dialed 911 again. More fighting. And she once again had the cell phone.

I finally broke away, got in the truck and drove off trying to find a neighbor to call 911. There was no one around since it was Friday night, so I chased someone in a car, kept flashing my lights and honking the horn. They finally pulled over and she made the 911 call for me. A truly good Samaritan. Dispatch told me to wait there for there for someone to arrive.

Too shorten this ever long story. She was apprehended. I’m alright. Scratched and bruise. I feel very thankful it turned out well. But who I feel heartache for is the little girl that was with her. Mental illness takes many hostages. I don’t know her name…but I would like to asked that you pray for her and her mother.

McGillis, although best known for playing Charlie in ‘Top Gun,” has 51 acting credits on her resume, including a number of horror movies, as well as a Golden Globe nomination. Recent titles include “Stake Land,” “The Innkeepers,” “We Are What We Are” and SyFy zombie series “Z Nation.”